Sweden & Germany could be first to classify loot boxes as gambling

Ministers in Sweden are pushing for stricter regulation of real-money purchases in video games, with a ban on loot boxes one potential outcome. 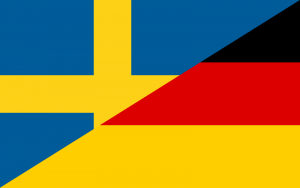 Sweden and Germany are both considering a ban on real-money micro-transactions within video games. © Wikimedia.

A radio station in Sweden, P3 News, has reported that Sweden’s Minister for Public Administration, Ardalan Shekarabi, has appealed to government to review whether loot boxes and other real-money in-game micro-transactions that are dependent on chance should be classified as gambling.

Currently, loot boxes aren’t defined under Swedish gambling law, which means regulation is not possible. However, Shekarabi has called for them to be re-classified, with new stricter policy and regulation imposed upon in-game purchases, to protect children from gambling.

If the legislation makes its way quickly through the Swedish parliament, then loot boxes could be restricted as early as January 2019.

We are working to regain control of the gambling market as soon as possible, and to make sure that Swedish consumer protection laws apply to all actors which conduct gambling activities.– Ardalan Sherkarabi, Minister for Public Administration in Sweden.

The issue rages on elsewhere in Europe, especially in Germany, where a currently unpublished study by the University of Hamburg has led to Germany’s Commission for Youth and Media Protection to consider a ban on loot boxes.

The study found that video games contain ever increasing elements of gambling, with publishers of the games relying on the in-game purchases to make profit. The researchers also discovered that a relatively small number of players are responsible for the majority of the revenue from loot boxes, which is a common feature of gambling markets.

The Commission is considering how to proceed, with a fine to developers utlising loot boxes or prohibiting them completely two potential options. A decision is hoped to be reached in March.

In the UK, the Gambling Commission had initially decided that loot boxes shouldn’t be classed as gambling, since they offer no cash out function. However, this appears to be far from the end of the issue, with the Commission admitting that the risks of loot boxes are not yet fully understood and young people and gambling a key focus are of the Commission of late.

Elsewhere, regulators in Belgium have taken a strong initial stance, with Ministers wanting to prohibit loot boxes, while in New Zealand, lawmakers decided that loot boxes had not met the legal definition of gambling.

The issue is at least being brought to the fore with parents becoming involved. One parent in Ireland is pushing for a ban there, after discovering his son had spent over €250 on micro-transactions within a computer game. 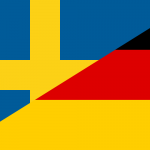