Swedish gambling industry regulator Spelinspektionen has written to operators holding a Swedish licence with a warning over compliance deficiencies. 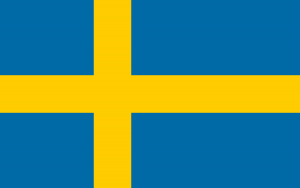 The regulator has warned operators to quickly get to grips with the country’s new gambling framework. © Pexels.

The regulator has told operators to better comply with the new Swedish regulations in an official written warning.

The warning comes after the regulator received a number of complaints on “deficiencies in gaming companies in several different areas”.

Many of the complaints related to self-exclusion. Spelinspektionen has already warned operators about participating with the country’s national self-exclusion register, Spelpaus.se, along with issuing warnings relating to sending marketing material to individuals who had excluded themselves from gambling in Sweden.

A recent investigation discovered that numerous operators were guilty of this, with Betsson and bwin among those named.

Currently, there are 66 operators with a licence for the newly regulated Swedish market, with around 30 awaiting approval.

In a statement, Spelinspektionen said:

One starting point for the new gambling regulation is that gambling should be channelled to responsible, reliable and controllable players… Measures against illegal gambling are important. At least as important is that the operators who have a licence really follow the regulation–Statement, Spelinspektionen

Dutch regulator KSA has also announced that it will step up its enforcement towards non-compliant operators.

The KSA’s 2019 strategy consultation document made reference to the fact that fines are having little effect on operators, since many are based outside of the regulator’s jurisdiction.

Online gambling is illegal in the Netherlands, but the KSA highlighted the fact that some are unaware of this. It said it is searching for innovative solutions to make gambling less accessible.

The long overdue vote on the Dutch gambling bill is set for February 2019, while the KSA is currently working on a licensing process for operators. 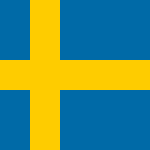