The controversy surrounding loot boxes continues as regulators around the world are considering whether the pay-to-win mini games within video games should be considered gambling. 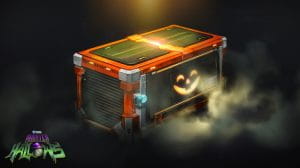 Last week in New Zealand, another regulator decided that loot boxes in video games do not constitute gambling. The Gambling Compliance department of the country’s Department of Internal Affairs took the stance that loot boxes do not sufficiently meet the definition of gambling. This followed similar rulings by legislators in the US, while the Belgian Commission is currently still considering the issue.

This view is also inline with that of the UK Gambling Commission (UKGC). The UKGC decided that since loot boxes don’t offer an in-game cash-out function, they should not be classified as gambling. Furthermore, the Commission does not have the power to address non-gambling issues, since it is empowered by parliament to regulate gambling.

However, in a recent exclusive interview with Eurogamer, the Gambling Commission’s Tim Miller admitted that the risks of loot boxes are not yet fully understood.

Notably, Miller highlighted the Commission’s worry that loot boxes could pose a risk to children, whether they are gambling or not. In this case, Miller says the Commission would not hesitate to take action.

Miller went on to say that the more needs to be done to understand the consequences of loot boxes and other free-to-play gambling games, whether they constitute gambling or not. Speaking to Eurogamer, Miller said:

I think in this particular environment, not just loot boxes, but if we look at free-to-play gambling-style games, social gaming, they may not amount to gambling in a legal sense, but do we really understand enough about what the consequences are? Learning those sorts of behaviours, getting involved in those sorts of activities, is an environment where the risks aren’t necessarily as apparent or as clearly presented– Tim Miller, Gambling Commission Executive Director

Unsurprisingly, this stance coincides with the publication of the Commission’s annual Young people and gambling report, which showed a high number of children are exposed to gambling and are at risk of problem gambling.

The report stressed that social media and computer games are key gateways to gambling for young people. Whether or not the actual games within video games constitute gambling themselves could be of secondary concern to the Commission then, as they look to prevent children being exposed to gambling or games that could lead to gambling.

Miller also stressed that parliament sets the law regarding what is and isn’t gambling. The Gambling Commission’s role is to advise Government and to act as the country’s gambling watchdog. To this end, the Commission should be doing all it can to research and collect evidence to best protect gamblers both young and old:

My view is, at this stage, we don’t yet understand enough of what the actual risks are. Rather than jumping straight to “this is gambling” and “we must regulate this”, both of those wouldn’t necessarily be correct. What we need immediately is to know what are the risks and how do we best protect people. If protecting people means a change to the way we work, then let’s look at that. If it means a change to the way computer games are regulated, then let’s look at that as well. The important thing is – we do what works.– Tim Miller, Gambling Commission Executive Director 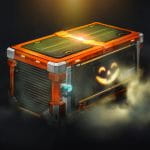