The Prime Minister is meeting with football’s governing bodies and fans’ groups today to discuss the proposed Super League. Boris Johnson has called plans to create a breakaway competition “ludicrous” and has threatened government intervention. 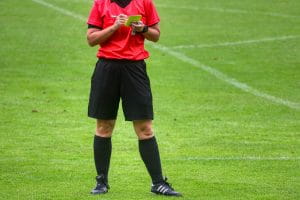 Boris Johnson has waded into the debate about a proposed new European Super League that six English clubs have signed up to. The PM has scheduled meetings with the Football Association and the Premier League and will also be talking to supporters’ groups about the plans that will see Manchester United, Manchester City, Liverpool, Chelsea, Arsenal, and Tottenham break away from the Champions League competition.

Under the plans, the six English clubs will be joined by Spanish clubs Barcelona, Real Madrid and Atletico Madrid, Italian clubs Milan, Inter, Juventus and three more teams who are yet to be announced. Five other teams would also qualify each year, making it a twenty team league.

The Super League will adopt an American model, which means there will be no promotions or relegations, and games will be played mid-week. The league will be split into two groups of ten, with each team playing each other home and away.

Once all games are played, the top three in both groups would qualify for the quarter-finals. The four teams that finish fourth and fifth in their league will play a two-legged play-off with the victors in those games, also qualifying for the quarter-finals. Games after this stage would then be played in a two-legged knock-out format, with the final held at a neutral venue in May.

The clubs intend to continue in their domestic leagues, but whether teams are allowed to continue is in doubt. The Premier League has invited the fourteen clubs who are not part of the Super League proposal to attend a meeting today to discuss the matter.

It is possible that the Premier League could decide to sanction the six clubs involved, which could involve deducting points or expelling them from the competition. For any club-led changes to the Premier League, a vote needs to be held, and it would require fourteen votes to pass an amendment, coincidently the exact number of clubs who are not part of the Super League proposals.

In an article that appeared online on The Sun’s website, Boris Johnson vowed to block the plans, stating that creating a Super League would not be “good news for fans”. The PM promised to work with football authorities “to make sure this doesn’t go ahead in the way that it’s currently being proposed”.

“So it is very, very important that that continues to be the case. I don’t like the look of these proposals, and we’ll be consulted about what we can do.”

The PM is reportedly considering a drastic shakeup of current rules regarding football ownership, and many are calling for football clubs to follow the German model in the Bundesliga. To obtain a license to compete in the Bundesliga, a club must hold a majority of the voting rights. The ‘50+1’ rule protects clubs from external investors.

Until 1998, private ownership of clubs was banned in Germany, and many believe that the ‘50+1’ rule introduced that year is why ticket prices are much lower in Germany. German clubs generally also have much lower levels of debt than those in England, Italy & Spain.

Oliver Dowden, the Culture Secretary, has been asked to perform a fan-led review of football club ownership. In an oral statement to parliament, he called the proposals “tone-deaf” and adds that the government “will not stand by and watch football be cravenly stripped of the things that make millions across the country love it.”

You can read Dowden’s full statement on the UK government website. 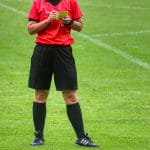 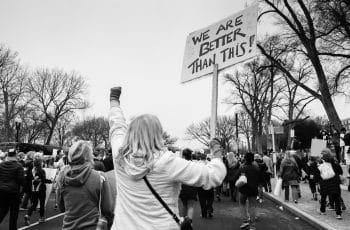