Betting companies, including William Hill, have hit back in a row with the Gambling Commission over the threat of customers using black-market gambling platforms. The UKGC’s CEO had previously suggested UK-licenced operators have exaggerated the threat.

A row over the real threat of UK residents using illegal offshore gambling sites has erupted with operators reinforcing their belief that such a threat is real. 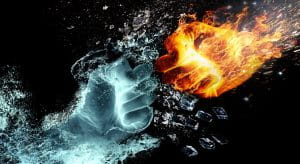 William Hill described the black market as a “growing problem that must be confronted” and highlighted a report by PricewaterhouseCoopers that claims the number of UK consumers that use unlicensed operators has increased from 2.2% to 4.5% in 2020.

The study stated that the number of illegal operators returned when searching for gambling keywords had more than halved from 12% in 2018-2019 to 5% in 2020, but this was due to Google changing its algorithm rather than a reduction in black market operators.

The report said it found 98 offshore gambling sites just on the first ten pages of listings but did state that only 14 of these 98 allowed customers to sign up for an account when using an IP address that originates in the UK. “Overall, our analyses have found that usage of and spend with unlicensed online gambling operators in the UK has grown over the last one to two years,” the report concluded.

When the PwC report was released in January, CEO Neil McArthur, in a letter to the Gambling Related Harm All-Party Parliamentary Group (APPG), stated he was “not convinced” with the argument that the tightening of regulations would lead to increased black market activity.

McArthur pointed to the regulator’s own intelligence on the subject and suggested that operators had exaggerated the threat to avoid further regulation.

McArthur stated: “We know that licensed operators and their trade bodies are concerned about the impact of the illegal market, but our own evidence suggests that the impact may be being exaggerated,”

However, William Hill argued that the regulator’s evidence showed a consistent trend with the PwC report. They were citing the UKGC’s figures which showed that the regulator had carried out 59 enforcements against illegal operators in 2019-20, which has risen to 74 for 2020-21 so far.

What makes the current black-market threat so pernicious is its ability to exploit technology in order to make itself more available to gamblers.– Ulrik Bengtsson, William Hill CEO

“Now, a person on a legal betting site is only a few clicks away from a black-market option,” Bengtsson added.

The Betting and Gaming Council (BGC), the trade body for 90% of licenced operators in the UK highlighted a finding in the PwC report that suggested that in other countries with restrictive regulations, black market activity is more prevalent.

BGC CEO Michael Dugher said: “I know this evidence is inconvenient to those who seek to dismiss and play down the threat of the black market, but there is a real danger of complacency.

“The UK risks sleepwalking into changes where the main beneficiary is the unlicensed black market.

“We all have an interest in getting future changes right, so must take heed of this latest evidence and look at what is happening elsewhere around the world,”.

The full PwC review, which the BGC, commissioned, can be found on the BGC website. 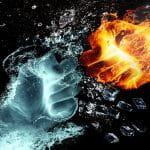