The Norwegian regulator Lotteritilsynet has continued its assault on remote operators by ordering Norwegian banks to issue blocks on transactions to and from overseas operators. 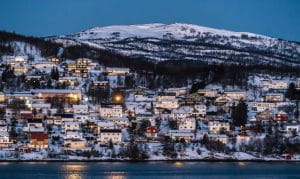 The regulator continues its moves to stop remote operators in Norway. © Pexels.

Lotteritilsynet announced over the weekend that it had ordered Norwegian banks to block gambling payment transactions.

Three operators have been issued with cease and desist letters. Kindred Group, Dreambox Games OU, and Lucky Dino Gaming Ltd have all been told to stop offering their products in Norway.

In November last year four other operators were also served with cease and desist letters; Betsson, Cherry AB, Gaming Innovation Group, and L&L Europe Players Ltd. All of these operators will now see their transactions blocked by Norwegian banks.

Lotteritilsynet has also written to the Malta Gaming Authority (MGA), where the operators are licensed, and demanded that it takes action. The regulator deems the operators to be illegally targeting the Norwegian market, as it explained in a statement:

It is stated clearly in the three Norwegian gambling acts that it is not allowed for any entity to process payment transactions to and from gambling operators that do not hold a permit in Norway.–Statement, Lotteritilsynet

But it may not all go the regulator’s way. The European Gaming and Betting Association (EGBA) has filed a complaint against the move, arguing it breaches consumer privacy protections.

Operators also do not appear too concerned. Kindred Group has itself filed a lawsuit against the regulator at the Oslo High Court. A statement from Kindred read:

Norwegian authorities have already attempted a transaction block via banks in 2017. The EGBA filed a lawsuit that time, and the move ultimately did not have the effect desired, with gambling firms continuing to operate in Norway. With that in mind, operators do not appear too concerned about this latest move. 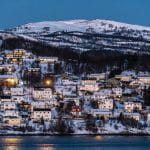