A study by the University of California, Berkeley, has set out to examine the brain activity of gamblers whilst they gamble. Most interestingly, the researchers discovered that gamblers’ brain activity focuses not just on anticipation of a current bet’s outcome, but regret over past bets both won and lost. 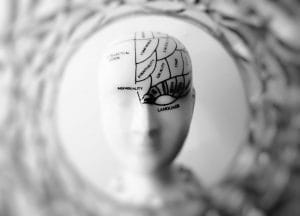 Whilst gambling, people focus on regret over previous bets, which could impact future decisions. © Pexels.

The study was conducted by neuroscientists at the University in September and is part of a series seeking to better understand brain activity behind simple decision making.

The study employed a simple gambling game, whereby participants were given an opportunity to bet or not. Electrical activity from the orbitofrontal cortext was then measured whilst participants decided whether to bet and then learned the outcome of their bet.

The results were intriguing. During the decision making process, the researchers found that while the participants were thinking about the bet at hand, much more brain power was given to relaying the last bet and feelings of regret over previous losses. Ming Hsu, Associate Professor at Haas School of Business, explains:

After the subject has made a decision, the brain, far from idly waiting to find out the outcome, was busy revisiting what occurred during the previous decision — everything from whether they gambled and how much was won or lost, to how much regret they felt from their earlier decision. Instead of, I just gambled but maybe I shouldn’t have, it is, last round I gambled and that was a really good choice. Or, I played it safe last time but should have gone for it.– Ming Hsu, Associate Professor at Haas School of Business

The research built on a small number of studies of brain activity whilst gambling. Past studies have mostly utilised functional magnetic resonance imaging (fMRI) or electroencephalograms (EEG). However, this study utilised a new technique, electrocorticography (ECoG), which is thought to be much more detailed and accurate.

The chief finding, that regret is the most prominent emotion felt during gambling, is surprising. It could mean that peoples’ brains are clouded from concentrating on past decisions whilst they have a decision on their hands. But, theoretically it should help gamblers to make more informed decisions in the future.

If you don’t feel any regret, you are getting close to the world of addictive or antisocial behavior.– Robert Knight, UC Berkeley professor of psychology 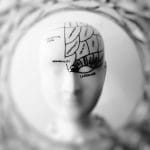