The Maltese Parliament has approved updates to the national Gaming Act after a third reading. 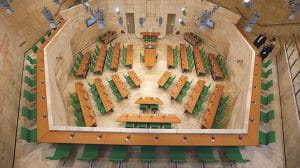 The reading was the third and final reading for the update of the Gaming Act. © Times of Malta.

The new provisions will give further power to the Maltese Gaming Authority (MGA), who will act as a supervisor and lead the way in enforcing compliance within the industry.

Companies operating in Malta will have a new regulatory framework to abide by, with the new provisions centering around a new anti-money laundering framework and towards improving player protection standards.

The MGA will be given more powers to intervene in cases of non-compliance, while a newly formed player support unit within the Authority will function as an intermediary between players and operators in the case of any disputes.

Furthermore, processes for criminal and administrative justice will be streamlined and made more effective.

This is a very important milestone for the MGA. The new law establishes very robust compliance and enforcement powers and structures, and lays the necessary foundation to continue to strengthen player protection.– Heathcliff Farrugia, MGA chief executive officer

The legislative framework of Malta’s gambling laws is currently a three-tier framework. The approval of these measures is the third and likely final reading of the Act in the Maltese Parliament. However, with the Act currently undergoing review for the Technical Regulation System process, it requires the opinion and approval of other European Union Member States.

If other Member States have no issues or amendments to be made, then the new Act will be implemented on July 1 2018 for remote operators. Land-based operators will have until January 1 2019 to bring their operations up to speed.

I would like to thank the MGA for moving the regulatory agenda for gaming services forward, as well as for identifying areas for further and continuous improvement. The MGA will periodically review the regulatory performance of the sector and the framework itself and will advise Government on the attainment of its objectives mainly focusing on consumer protection and integrity.– Silvio Schembri, Parliamentary secretary for financial services, digital economy and innovation 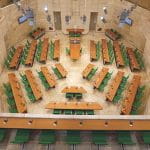