Research group Juniper Research has this week published a study forecasting that loot boxes and skin gambling could grow to be a $50bn industry by the year 2022. 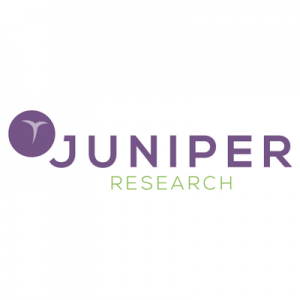 The research was conducted my the specialised research group, Juniper research. © Juniper Research.

The industry is already huge, with current spending around $30bn per year.

But, the two rapidly growing sectors could be set to grow by 60% over the next four years, as developers seek to capitalise on the increased levels of young people gambling across new, emerging markets.

The research also highlighted the unregulated nature of the current skins and loot boxes gambling market, something which should be of concern to regulators across the world.

Currently, players often use skins as a type of virtual currency, but there are also many online platforms that enable them to be sold or traded online for real money, or to be wagered against the outcomes of e-sports events or casino-style games.

Lauren Foye, the author of the research paper at Juniper Research, explains further:

Skins are acquired both through playing video games and from opening purchased loot boxes. These items have value depending on rarity and popularity within game communities. On PCs, skins are traded for real money via Steam’s ‘Marketplace’; the platform has 125 million registered users globally.– Lauren Foye, Senior Anaylst at Juniper Research

The outcome of this – the linking of these skins to a platform like Steam where they can be bought, sold, or wagered against – is essentially an unregulated gambling market, which Juniper research says should be a major concern to regulators.

Although these findings should be nothing new to stakeholders. In 2016, a class action lawsuit was issued against Valve, the creators of the Counter Strike: Global Offensive video-game.

The lawsuit claimed that Valve had knowingly and intentionally created and supported illegal gambling by allowing users to link their Steam accounts to the third-party websites that facilitate the trading and betting of skins and thereby profits directly from gambling.

There has also been much political and legal debate surrounding skins and loot boxes and skins in recent months.

Loot boxes are purchasable packs in video-games that contain desirable items often essential to progress or completion in said game. Skins are cosmetic additions to in-game features, such as weapons.

While video game developers have been offering more and more loot boxes in a bid to strip players from their cash, they have also gained significant political attention.

Recently, Australia issued guidelines for loot boxes on the website of its Office of the eSafety Commissioner. While not officially classifying loot boxes and skins as a form of gambling, they did inform of the dangers of gambling with them and highlighted the country’s thoughts towards skin betting and loot boxes.

In the UK, the Gambling Commission has stated it is unable to officially classify loot boxes as gambling, as they do not currently offer an in-game cash out function.

Currently then, no government has strictly defined the two as gambling nor looked at regulating the growing market for skin betting and trading. 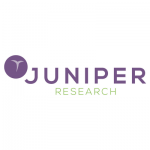