The UK Labour party has vowed to place wide ranging restrictions on the industry, including a ban on TV ads during live sporting events, should the party win the next general election. 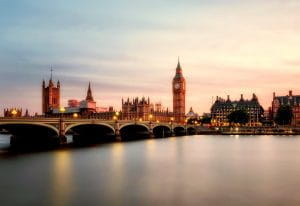 Labour have announced a number of reforms to the industry should they be voted into government at the next election. © Pexels.

Speaking ahead of the party’s annual conference in Liverpool next week, Deputy leader of the Labour Party, Tom Watson, announced the proposals resulting from a review into gambling regulations undertaken by the party.

Central to Watson’s proposals is a blanket ban on the advertising of gambling products during live sporting events.

In addition to restrictions on advertising, Labour’s new proposals include: a 1% levy on gambling operators’ gross annual profit to finance addition treatment programmes; a ban on the use of credit cards for betting purposes; regulation that will allow addicts to request that banks ban them from engaging in gambling-related transactions; and fresh guidelines on treating problem gamblers.

Other measures in the proposal include enforcing age restrictions on online gambling-style games.

Speaking about the proposals, Watson said:

Problem gambling is Britain’s hidden epidemic and we must treat it as a public health emergency. Gambling companies have to take more responsibility for harm caused by their products and contribute more to research and treatment. We must also face up to the negative effect the explosion in gambling advertising has had and act accordingly. The refusal of the current government to address any of these issues is letting problem gamblers and their families down.– Tom Watson, Deputy leader of the Labour Party

Will a ban on advertising be effective?

Labour’s proposed ban on gambling ads is said to have been triggered by recent studies showing gamblers to exhibit more reckless and impulsive behaviour when watching live sporting events.

Tougher standards on gambling adverts were announced by the Committee of Advertising Practices (CAP) in April this year. Adverts that imply a sense of urgency is required to bet and that trivialise gambling are now banned.

Interestingly, a recent government review conducted this year did not find enough evidence to suggest restrictions of advertising were necessary.

News of the new proposal has received somewhat of mixed reception from the industry.

The non-profit industry body The Remote Gambling Association (RGA) said it supported the “thrust” of Labour’s review, saying that it would support required reforms should the evidence support their introduction.

Some operators agreed, with William Bowcock, chief executive officer of William Hill, stating that government and the industry should work together to find a long-term solution that will also quell concerns from the public. Such restrictions could help operators to improve their currently stained public image.

But, some operators fear a potential hit on revenues that a ban on advertising could cause, as well as making live sporting events more expensive to view.

Sky Betting & Gaming CEO Richard Flint, said the advertising ban was likely to remove an important incentive for operators to obtain a gambling license, which could open the door to more unlicensed operators. 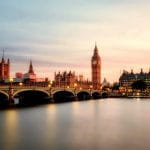