A study conducted by researchers from Johns Hopkins University has found that gamblers’ decisions, whether they be risky or conservative, are often the result of an internal bias and a “push-pull” dynamic between the brain’s two hemispheres. 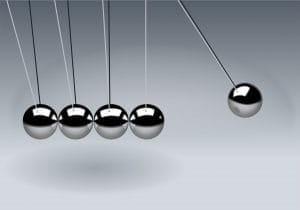 The study was published in the Proceedings of the National Academy of Sciences and was funded by The National Science Foundation and the Kavli Neuroscience Discovery Institute at Johns Hopkins. © Pexels.

The group, led by Professor Sridevi Sarma from Johns Hopkins University, sought to identify why individuals make high-risk decisions despite knowing the odds are stacked against them, and also why people would seek to avoid risk when the odds are in their favour.

To do this, a simple card game was developed and played by a group of patients from Cleveland Clinic’s Epilepsy Monitoring Unit who had undergone a process called stereoelectroencephalography, meaning they had electrodes planted in their brains that would record voltage signals from surrounding neurons.

These electrodes allowed the researchers to examine the subjects’ brain activity in real-time as they played the game and made decisions based on risk analysis.

The subjects exhibited predominently high-frequency gamma brain waves when playing the game. The researchers traced these gamma waves to structures in the brain that are associated with risk-taking behaviour, whether positive or negative, as Pierre Sacré, a postdoctoral researcer explains:

Ultimately, the study found that the participants’ decisions when faced with a bet with equal probability of winning and losing depended on the outcomes of recent bets. Towards this internal bias or predisposition to risk or risk-aversion, the researchers were able to develop a mathematical equation that would calculate each patient’s bias, as professor Sarma outines:

We found that if you actually solve for what this looks like over time, the players are accumulating all the past card values and all the past outcomes, but with a fading memory. In other words, what happened most recently weighs on a person more than older events do. This means that based on the history of a participant’s bets, we can predict how that person is feeling as they gamble.– Professor Sridevi Sarma, Associate Professor Johns Hopkins University 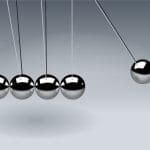