Justice Minister of Ireland, Charlie Flanagan, has brought a number of proposals to tackle problem gambling before Cabinet this week. 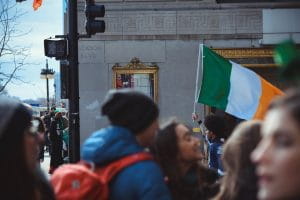 The measures come as a response to a recent bill introduced by Fianna Fáil party members Anne Rabbitte and Jack Chambers, as Ireland continues to try to redraft its outdated gambling legislation.

The proposals contain a number of measures that would represent a significant crackdown on the industry.

New restrictions towards online and TV adverts could be introduced, while there is also talk of potentially regulating casinos with new licensing regulations and a potential ban on fixed-odds betting terminals (FOBTs).

Most strikingly, Government could force operators to shut down the accounts of problem gamblers via the creation of a new independent regulator for gambling or face financial fines.

The exact terms are as yet unclear, but it is believed that betting firms must freeze or close accounts if it can be shown that an owner of an account is losing substantial sums that may be difficult to repay.

Mr Flanagan put forward the measures before Cabinet on Tuesday to ask for their approval.

The creation of a new independent gambling regulator was first introduced back in 2013 as part of the on-going plans to redraft the country’s gambling legislation with the Fine Gael gambling bill.

Despite the notion being introduced five years ago, little progress has been made in the years since, until recent action and the introduction of amendments to the gambling bill kick-started the process.

Justice Minister Flanagan’s new proposals are the latest attempt to move the bill through government and make it fit for purpose.

The move comes as numerous reports suggest gambling in Ireland is on the rise, with the actual number of problem gamblers in the country likely three times larger than the official estimate.

The study, conducted by the Rutland Centre, an addiction help institute in Ireland, argued that the government’s official figure of 40,000 gambling addicts is wrong, since it stems from 2010 and was calculated on the assumption that 1% of the population had a gambling problem. The centre believes the actual figure to be closer to 110,000 people. 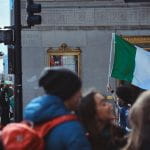