Ireland has introduced a new interim gambling act. The new regulations standardise the minimum gambling age in the country. Further reforms are expected next year.

Ireland has introduced a new interim gambling act that has come into action with immediate effect. The interim measures are a stopgap until more comprehensive measures are introduced at a later date. 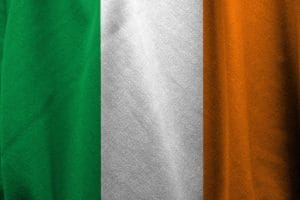 The Gaming and Lotteries (Amendment) Act 2019, standardises the minimum gambling age at 18 years and introduces changes designed to modernise the application process for gaming and lottery permits. New processes have also been introduced for the granting of licences for smaller-scale local lottery and gaming activity.

The move is seen as the first step in the creation of a new gambling market and regulatory entity. Ireland’s ministers allocated “seed funding” of €200,000 (£179,772), this will allocated as part of the Irish Ministry of Justice’s budget for 2021.

Irish Minister of State for Law Reform James Browne said, “Gambling is a large and evolving industry. It must be the subject of a modern, sensible and effective licensing and regulatory approach.”

The Irish government has publicly committed itself to create a state gambling regulator, who will be focussed on public welfare and will have the power and authority to regulate advertising, gambling websites and apps.

The Gaming and Lotteries (Amendment) Act 2019 is the first step in the framework, but it is a process that has been subjected to several delays which the government has attributed to Covid-19 and Brexit, both of which have impacted on the regulatory timetable.

Replying to a written letter on the subject of a new gambling regulator, Irish Justice Minister Helen McEntee reiterated the governments “clear commitment” but, admitted there was more to do.

She wrote, “Given the size, complexity and technological development of the modern gambling industry and having regard to the current outdated and complex arrangements; it will be important that the regulator will be established on a strong footing and adequately resourced to carry out this important task.”

Changes to Irish gaming law and the introduction of a new regulator was among the recommendations following the publication of the Inter-Departmental Working Group on the Future Licensing and Regulation of Gambling in Ireland report in March 2019.

McEntree has proposed a new regulator will be in place by the end of 2021, but several experts have questioned this timescale, especially in the current European and global issues.

McCann Fitzgerald partner Alan Heuston said, “The Taoiseach’s previous estimate of 18 months is probably at the low end of the time it will take to draft the legislation that is required to get a new regulatory body of the size and scale required to regulate an industry of this nature up and operating,” Heuston explained.

Adding, “We should also note that issues like Brexit and Covid are going to have impacted on the timelines. Brexit will obviously have a particular impact on the focus of the Department of Justice, which will be responsible for gambling regulation.” 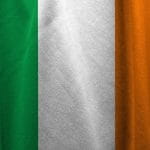