Investigation puts skin betting & loot boxes back under the spotlight

An investigation conducted by research firm IPSOS Mori into underage gambling has led to new calls for tighter regulation of loot boxes and skins in video-games. The study found that over 400,000 children in the UK are regularly and actively gambling via the use of video game skins or loot boxes. 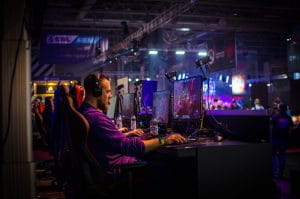 The study was commissioned by Parent Zone who is now urging regulators to class skins as gambling and prevent them being used to gamble.

The study found that almost a third of the 13-18 year olds interviewed for the study were aware of skins betting. Further, the poll found that 46% of participants said they were easily able to gamble online using sites intended for those eighteen years of age and over.

The skins are contained in what are known as loot boxes which are bought in-game, often via real currency.

These skins can then be sold or traded on the gaming website Steam. However, a user’s Steam balance cannot be withdrawn and many other websites exist where skins can be wagered on virtual casino games.

Further controversy surrounds loot boxes. Researchers argue that the luck-based nature and unpredictable rewards system of loot boxes makes them particularly addictive. That means that alongside the similarities to gambling and the risk that loot boxes could start children gambling is the concern that loot boxes are causing more children to become addicted to video games.

Some have been more scathing in their criticism. A recent study by researchers at the University of Adelaide and published in the Addiction journal labelled loot boxes and in-app purchases as predatory. Such practices were deemed to be addictive and disguised the actual long-term cost of participation.

Australia has launched its own investigation into loot boxes and the findings of this study are sure to be taken into account.

In Britain, Parent Zone is trying to spread awareness of the issue and is adamant that skins betting should be classed as gambling. Speaking about the IPSOS Mori study and its findings, Giles Milton, Head of Content at Parent Zone, said:

It is gambling and children should not be gambling online. Parents need to understand what their children are doing with their money.– Giles Milton, Head of Content at Parent Zone

While states like Belgium and China have taken a strong stance against loot boxes, the UK Gambling Commission maintains that – in the UK at least – loot boxes are not gambling since prizes can not be exchanged for cash. However, it has talked widely about the potential risks they could pose to children.

French regulators are the most recent to make an official ruling on the issue. The French regualator, the Autorité de regulation des jeux en ligne (ARJEL), recently ruled that, although its investigation is on-going, loot boxes cannot be considered gambling while the items – or skins – contained within hold no monetary value themselves. 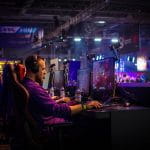