As Europe faces an uncertain future with many major countries embroiled in austerity, recession and the rise of extreme political parties, it can take solace in the fact that their neighbours to the west have a president embroiled in daily scandals who barely seems to know what he is doing. In contrast, a look to the east of Europe will notice that some Asian countries are growing rapidly in terms of economy. For example, China are now a major player in the world order.

India are another Asian country experiencing times of growth and sustainability, having recently been named the world’s 4th fastest growing economy according to Forbes. A little known fact about the country with more than 1.3 billion inhabitants, according to findings from the World Bank in 2016, is that sports betting is illegal except for horse racing. This, however, may be about to change and the repercussions of this will have serious consequences on the betting industry in India and the rest of the world. 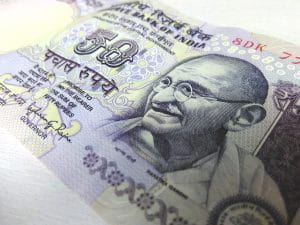 The Indian Economy is said to grow with the oncoming legalisation of gambling. ©Pexels

Talks have been ongoing about legalising sports betting within the country and the UK has been brought into these talks to offer advice and use their own regulatory system as a model for India’s own potential regulation of the betting industry, if it were to be made legal.

One of many catalysts has been related with match fixing and match spotting which are big problems in both India and Pakistan with the latter having one of its best cricket players, Mohammad Amir, banned from the sport for five years. His return to the sport helped his country lift the ICC Champions Trophy this summer after beating bitter rivals India in the final as well as the hosts and firm favourites for the title England. Amir was instrumental in helping bowl out the Indians.

This level of corruption has lead for many public figures and politicians to call for sports betting to be legalized and controlled by the government to help avoid unsavoury scandals ruining a bright reputation gained from economic growth in recent years.

The UK has one of the world’s largest markets when it comes to annually generated revenue from gambling, with figures of more £5 billion in gross gambling yield according to the UK gambling commission. Due to the large population of India, opening up a market of legalised gambling in India whose love of sport is mostly focused on cricket, football and field hockey could mean exponential growth for the betting industry and also extra revenue for the government.

Having ascended to the top of the World Bank’s growth outlook with more than 7.6% and not descended below the 7% mark since then, this potential legislation could be a watershed moment for India and have a huge impact on the the world’s major sporting industries.

After the Indian Supreme Court ordered the Law Commision of India, LCI, to research the pros and cons of legalised betting toward the end of 2016 this lead to the LCI telling the local media that it was “considering the industries demands.” The Indian Express reported on July 16th that the groundwork for said legislation had begun before an official from within the industry poured cold water on the hype surrounding the legislation by claiming it could take two years for the finalization of this draft betting legislation.

The local media reported more recently that Sports Secretary Injeti Srinivas has met with Nick Tofiluk, UK Gambling Commision Director, to discuss the industry and will seek further assistance in regulating its own market if said regulation becomes realised. 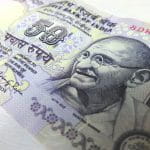