The chief executive of iBet is seeking partners for a new business venture. Lloyd Richman wants to launch a Netflix type service that enables consumers to access online casino games and sports betting. 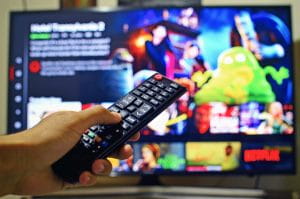 Lloyd Richman has revealed details of a new online casino and sports betting venture which has been dubbed Betklix, which he hopes will enjoy success comparable to streaming giant Netflix.

In his first foray into the business-to-consumer sector, Richman wants to leverage the popularity of services like Netflix by offering gambling services to consumers.

The former William Hill content manager stated that the initial idea for the project was to create another affiliate brand, but the idea quickly mutated into a business-to-consumer project with an emphasis on innovation.

Richman is CEO of iBet Digital, an online directory for the betting industry that connects operators with suppliers, affiliates, and other key players. He said of the project: “The initial thought process was to run an affiliate website. I’m always looking at new ideas, and I regularly visit godaddy.com, just to have a little play around and see what’s available in terms of domains, and I stumbled across [Betklix].

“I was speaking to a couple of mates who aren’t in the industry, but they gamble, and they were saying it is a really good domain. Then I spoke to a few people in the industry, and they said it was too good to be wasted on an affiliate website,” Richman said.

Richman revealed that these conversations with punters and those within the industry led to him turning his attention to an operator launch. He confirmed that talks are already underway for a potential launch of a white-label offering, and he has been liaising with platform suppliers regarding the launch of the Betklix brand.

Richman continued: “So, I’ve now opened it up to joint ventures or white labels to have conversations with people who might be able to push it into more of an operator brand.

“The game plan is in the next four weeks is to finalise conversations to launch a betting brand, but not just a typical casino, something that adds a different dynamic. There are thousands of casinos out there that all kind of do the same thing. My thought process is to do something different, revolutionise and innovate,” he added.

When he was pressed on what innovation he would be bringing to the industry, Richman referenced the Netflix theme and suggested combining a social element of online gaming with a subscription model.

Saying: That’s kind of the next step for online gaming is to go down that Netflix route. Some idea could be perhaps more of a social element to it, pay a monthly subscription to gain access to tournaments. These are conversations I’m having with the white label and platform people over the next couple of weeks.

“I like to move quickly and want it wrapped up in the next four weeks. If someone’s serious about it, I don’t want anyone dragging their heels,”

Industry insiders have questioned the logic of building a brand that is so similar to an existing brand, with many feeling that Richman’s idea is likely to be challenged by Netflix. Some believe that the threat of legal action by the streaming giant would be enough to keep potential investors away.

In response to these concerns, a bullish Richman said: “They haven’t copywritten the alphabet. While there are similarities, there is no net, and there is no flix, and it’s a completely different offering.

“If they did want to pursue anything, its good marketing at the end of the day, and if it came to the crunch, I don’t think they’d have much to stand on,”

He concluded: “[I want Betklix] to be recognised as a leader and an innovator. I think there is really good potential in the brand, and it’s just about getting the right people involved.” 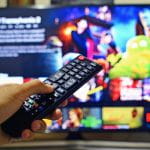