High street bank HSBC has confirmed that it plans to introduce restrictions on daily spend for gambling products. In a similar way that customers have a daily limit on the cash that they can withdraw from cash machines, the bank is planning on imposing a comparable process for betting. 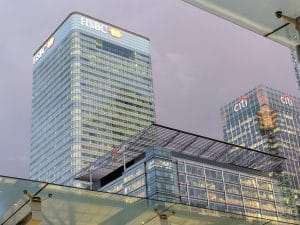 Tony Franklin from campaign group GamblingHurts sent a message via Twitter asking banks directly who would be the first to implement default daily spend limit for gambling transactions similar to ATMs.

HSBC responded to the Tweet saying these restrictions were already part of the company’s ‘roadmap’ and it will be introducing an algorithm into its online and mobile banking platform that would introduce limits on gambling activities. The company said these changes would be rolled out as part of its technical updates in November/December software release.

Franklin added in a further Tweet that the amount of the daily limit needs to be carefully considered as the current cash limits on withdrawals would be too much, he said;

A £300 daily spend limit equates to £9125 a month. Very few in the UK have this disposable to spend gambling. It will not impact the majority but for those who experience escalating gambling spend it will act as a vital brake and opportunity for early intervention before massive harm– Tony Franklin, GamblingHurts.

The safer gambling campaigner said he believed that enforcing a daily limit would encourage a change in behaviour if a bettor reached their daily limit or had to contact the bank to question why a transaction had been declined. He also felt that if a customer did get in touch with a financial service provider, they could offer advice on the help available to people affected by problem gambling.

Many UK banks are starting to offer more facilities to restrict or prohibit spending on certain purchases, including gambling. Banking newcomers, Starling and Monzo were among the first in the UK to give customers the ability to set a limit on the transaction on their accounts.

Another high street bank, Natwest, announced its own campaign to reduce gambling harm with a collaboration with GamCare. The bank launched its pilot scheme that allowed the charity to use space in its branches to conduct counselling sessions for those affected by problem gambling. The company also introduced its own gambling block on credit cards when activated by customers via their mobile banking app. 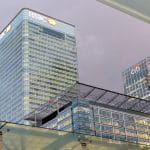