Halifax has become the second high street bank in just over a week to announce control measures to help problem gamblers. Customers who use the company’s app will have the ability to freeze both credit and debit card gambling transactions. 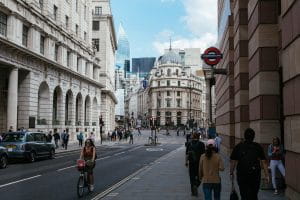 Once a consumer has activated the gambling site block, an automatic cooling-off period will be imposed with the customer unable to reverse the decision for at least 24 hours.

Banking rivals, HSBC, announced their own gambling harm reduction measures last week. Responding to a Tweet by campaign group GamblingHurts’s Tony Franklin, the firm confirmed that it plans to introduce restrictions on daily spend for gambling products. Although no details of the proposed limits have been announced, HSBC said these changes would be rolled out as part of its technical updates in November/December software release.

The MD of consumer finance at Lloyds Banking Group, Elyn Corfield, said the company recognise that customers who spend a high proportion of their income are more likely to face financial pressure. With Corfield explaining that the introduction of the freeze facility helped consumers manger these pressures. He also added that the cool-off period would stop spur of the moment activity, saying;

Providers of financial services are increasingly becoming the focus of campaigners and regulatory bodies. The UK’s Gambling Commission has made no secret of its desire to clamp down on card betting with credit cards a particular focus in its roadmap. Therefore many banks are keen to demonstrate a keenness to collaborate with operators and industry experts.

Halifax’s timing of their gambling freeze feature coincided with the launch of Responsible Gambling Week. Now in its third year, the Responsible Gambling Week is held by UK and Irish operators to promote safer gambling amongst operators and consumers. The strapline for this year’s event was ‘let’s talk about safer gambling’. The event brings operators together but also other stakeholders such as the Gambling Commission, GamCare, YGAM and financial institutions.

One of the driving forces being Responsible Gambling Week, IGRG chair John Hagan, has stated one of the key aims of the event was to ‘trigger conversations’ and said this years event was the biggest in its history and there has been a much higher degree of involvement on the part of operators. He paid tribute to the ongoing efforts of organisations such as YGAM and GamCare who had provided tailored training courses for professionals working with young people.

Haggan also praised the Citizens Advice Bureau for getting involved with the campaign and highlighted the effectiveness of partnerships; an example is a deal with Punch pubs that will see the company’s 1,300 venues promoting Responsible Gambling Week messages each year. Punch Pubs have bucked the trend for retail closures, especially in the public house sector, the firm aim to spend £90m over three years to open new locations and improve facilities. 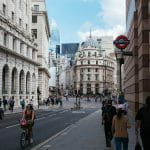