Genius Global plans to appeal what they describe as an ‘inconsistent’ ruling by the gambling regulator. The operator had its licence suspended by the UK Gambling Commission due to compliance failures. 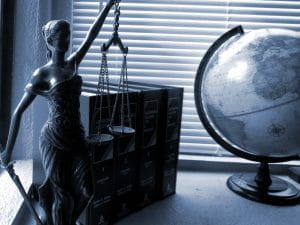 The UKGC announced last week that they had withdrawn Genesis Global’s UK licence after the regulator said investigators had found several compliance issues. The suspension came into immediate effect with the regulator using its powers under section 116 of the 2005 Gambling Act. The Commission confirmed the suspension, stating, “We have instructed the operator to facilitate customers accessing their accounts to withdraw funds and advise customers not to place any bets through the above websites”.

The UKCC does not reveal the nature of the alleged breaches, a statement on the regulator’s website states: “We have commenced a review under section 116 of the Gambling Act 2005 (the Act) and, under section 118 of the Act, have decided to suspend Operating Licence No 000-045235-R-324169-010 Combined Remote Operating Licence – Real Event Betting, Virtual Betting, and Casino held by Genesis Global Limited while that review takes place. This is due to a number of compliance issues.” It continues, “We suspect that Genesis Global Limited has breached a condition of the licence (section 116(2)(a) of the Act)) and is unsuitable to carry on the licensed activities (section 116(2)(c)(i)) of the Act). We, therefore, consider it appropriate to suspend the licence with immediate effect pending the conclusion of the review.”

The statement concludes that the suspension is effective from 20 July and makes it illegal to offer gambling services to UK customers via 12 websites. These include casinoplanet.com, casinocruise.com, casinogods.com and casinojoy.com.

Visitors to any of the affected sites are displayed the following message; UKGC license temporarily suspended. You should not place bets on this site at the moment. Existing accounts have been restricted, allowing you only to withdraw your funds. Once you request a withdrawal on your account, we will do our upmost to process it ASAP. We will be working extremely close with the UKGC to resolve this situation as soon as we possibly can. A statement on the suspension by Genesis Global reads: “To all our loyal and trusting stakeholders; in particular our dedicated customers, team, suppliers, and others we assure you that it is business as usual in all other jurisdictions in which the company operates and we appreciate your continued support during these challenging times.” The company confirmed that they were subject to a routine compliance assessment by the Gambling Commission in July and had passed the inspection without any issues being found. They state that any concerns raised by the UKGC were addressed in an action plan which Genesis Global state they provided voluntarily. Genesis Global state they have an “extreme level of disappointment” at the decision to revoke the operating licence but remain fully committed to complying with all regulations.

Genesis Global legal counsel Gianfranco Pennetta expressed the view that the punishment was severe and the company had been treated differently than other operators. He said:

The decision to suspend their operating licence is not only disproportionate but also inconsistent with UKGC’s previous regulatory enforcement action in regard to other operators. As a result, Genesis has confirmed that they will, therefore, be vigorously appealing against the decision to suspend using all channels open to it. – Gianfranco Pennetta, Genesis Global.

As well as falling foul of the UK regulator, Genesis Global has also been sanctioned by the Swedish Gambling Authority (SGA). The company was charged for breaches of bonus and self-exclusion rules. They were charged for failing to connect customers to the Spelpaus self-exclusion database and received a £330,000 fine. This figure was greatly reduced by the Swedish courts when Genesis Global appealed. 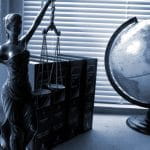