According to research from cybersecurity firm Imperva, attacks on gambling sites by bots surged 96% during the Euros. Bot activity in England spiked when the national team was playing, with daily attacks increasing by as much as 300%. 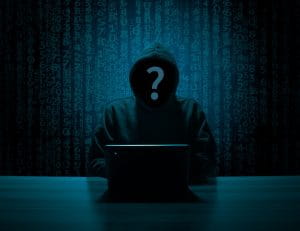 The number of bot attacks on gambling sites surged by 96% compared to the same time last year during the Euros, states a new report from a company that specialises in cybersecurity. Imperva’s data showed that bot owners ramped up their efforts during the competition.

The report shows that attacks rose sharply as the tournament neared. The company said there was a 26% increase in April alone in the lead up to the competition, which kicked off on June 11th.

At a local level, researchers found that the bot owners increased operations when England played their games. The national team played seven games in the tournament in reaching the final, and researchers state that account takeover attempts increased by between 200% and 300% on those days.

It was a pattern that was repeated on the continent. For example, in Germany, bot attacks increased by 41% in the week between Germany’s game against Portugal and before they faced Hungary in the group stage.

Suppose a bot is successful in taking control of a customer’s account. In that case, hackers can ransack available currency and have access to personal information, which could be used in more complex scam attempts. Scammers have been known to sell hijacked information on the dark web.

The bots use a variety of methods to attempt to log in to customer’s accounts. One of the most common attempts is by a method known as credential stuffing. This method works when a website is compromised and a hacker has a list of emails and the password used to access that site. The bot tries these log-in details at different operators. For this method to work, they rely on people using the same log-in details at different sites.

Another method the bots use is a dictionary-based brute-force attack; this method systematically tries every word in the English dictionary, hoping to find a match.

Researchers also noticed that the frequency of attacks intensified as the tournament progressed, with a noticeable spike that began on June 26th. However, with fewer nations involved, as the competition reached its climax, the number of attacks reduced.

Imperva vice president Matthew Hathaway gave some context to the findings, stating that as Euro 2020 was the first major tournament since the Covid-19 pandemic, criminals had moved on from physical crime such as ticket scalping and moved on operations online.

Hathaway said: “This level of sustained bot activity is unprecedented for sports and gambling sites and indicates that bot operators are evolving their tactics.

“Nearly a third of Brits gamble every week in some form. That’s a gigantic pool of victims for hackers to target. They only need a tiny percentage of their attacks to be successful to make a profit,”

If you are worried about the security of the passwords you use, there are several websites you can use to check how secure your password is against brute-force attacks.

At Random-ize, you can enter your current password, and it will estimate how long it would take hackers using current technology to “guess” your password. 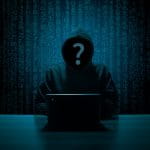