Gambling in video games under investigation by regulators

Gambling regulatory bodies across the world are considering whether pay-to-win boxes in video games constitute gambling and could therefore fall foul of gambling laws. 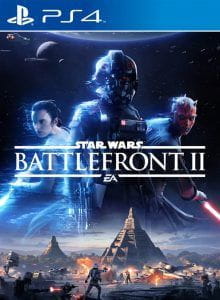 The controversy arose in relation to the inclusion of ‘loot boxes’ in Star Wars Battlefront 2, a big release game by Electronic Arts. Prior to its release, the game and its developers came under heavy criticism due to the inclusion of these pay-to-win loot boxes within the game. Players convert real currency into in-game credit to purchase the boxes and complete what gamers call micro-transactions. These boxes would then offer up a prize once opened. The prizes would boost or upgrade characters’ abilities, leading many to argue that loot boxes would give an advantage to players with deeper pockets.

These micro-transactions have been a common feature of modern video games, where players are spending more on each game than just the purchase price, to unlock extra features.

Criticism of this feature is nothing new then, but the issue with this release didn’t end here. More seriously, many argued that since the loot boxes cost money to use and offered up a prize, they constituted gambling.

The complaints, which began on the internet, soon reached the attention of the Gambling Commission in Belgium. The Belgian Commission is still considering the issue and has launched an investigation, but has stated that the loot boxes could constitute gambling and therefore fall under its jurisdiction.

The Australian Gambling regulator has also not taken the issue lightly, nor have legislators in the US. Chris Lee, a legislator in Hawaii, compared the game to an online casino. But, while the loot boxes within the game have drawn widespread criticism, how to regulate the issue is not so clear cut. While local legislators have voiced both criticism and the notion that the transactions could constitute gambling, gambling laws differ between local and international jurisdictions. For example, what constitutes gambling in say Belgium, may not do so in Australia, or the same may occur inside a country such as the US, where gambling law differs from state to state.

Campaigners ultimately had their voices heard, as the publisher removed in-game purchases from the game one day before its release.

UK Gambling Commission to take no action regarding loot boxes

In the US, regulators recently decided that the loot crates should not be classified as gambling because a reward was always issued. The UK Gambling Commission thought similarly, stating that since the rewards can only be used within the respective game, they do not constitute gambling, as Tim Miller, the Gambling Commission’s executive director, explained:

A key factor in deciding if that line has been crossed is whether in-game items acquired ‘via a game of chance’ can be considered money or money’s worth. In practical terms this means that where in-game items obtained via loot boxes are confined for use within the game and cannot be cashed out it is unlikely to be caught as a licensable gambling activity. In those cases our legal powers would not allow us to step in.– Tim Miller, executive director at the UK Gambling Commission

While the current issue focuses on video games, the wider topic – and of further concern to regulators and legal bodies – is the advertising and accessibility of gambling to minors. Video games are still predominantly played by under 18s and anything constituting gambling in video games would therefore be focused mostly on children. While the Gambling Commission may have ruled that the games do not fall foul of gambling laws, expect the spotlight to stay on video game micro-transactions for some time. 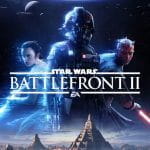