The UK’s regulator, the UKGC, has told operators that it isn’t a job done despite the number of problem gamblers halving year on year. The executive director states the commission will not use the positive data to ease off regulation. 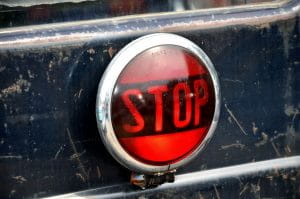 The Gambling Commission’s executive director Tim Miller has told UK-licensed operators that the regulator will not use positive data on the UK’s problem gambling rates as an excuse to ease off its efforts to ensure safer gambling.

The latest data shows the percentage of gamblers who are classed as having a gambling-related problem is the lowest ever recorded. The figure for 2020 is 0.3%, a 50% reduction on 2019’s 0.6%. The number sees a continuation of the downward trend in those identified as problem gamblers from a peak of 0.7% in 2016.

Talking at the CMS Conference, which was held virtually for the first time, Miller discussed the industry’s future as we emerge from the pandemic and says reflection is needed and now was a time to “build momentum in making gambling fairer and safer”.

Speaking for the first time since Chief Executive Neil McArthur left the commission, Miller paid tribute to McArthur’s time with the regulator and said as a result of his work, there are stronger protections in place to reduce gambling harms. Miller also listed some of the highlights of McArthur’s tenure, such as the banning of gambling with credit cards, enhanced age verification checks and new requirements that make it mandatory to consider responsible gambling at the game design stage.

Miller revealed the commission’s plans for both the short-term and the long-term and revealed that they had updated the Corporate Strategy to reflect the industry’s current state. The executive director stated that the nature and risks that customers are facing have changed, even before the Covid-19 pandemic.

Miller also stated that while the closure of land-based gambling establishments such as casinos, bingo halls and betting shops had not led to a predicted migration to online platforms, the Covid-19 crises had speeded up the online gambling market.

While discussing the reduction in the number of problem gamblers in the UK, Miller defended the use of the statistics which the commission had previously dismissed as not reaching the required 95% confidence rate. Citing previous examples of when data had been ignored if it didn’t fit an agenda or likewise when the news was “trumpeted as conclusive” when it did.

Miller said in regards to gambling rates, the commission would continue to monitor and remain vigilant but reiterated that this data should not be used as an excuse to take a foot off the pedal in regards to protecting consumers. 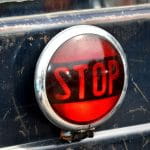