The CEO of the UK’s Gambling Commission has told betting companies that they should take responsibility for the bad press surrounding the industry. 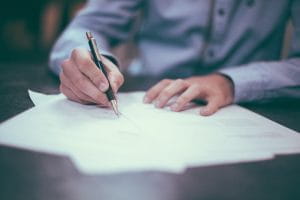 Delivering a keynote presentation at the CMS Gambling Conference last week, Neil McArthur told the audience that he acknowledged that it was the Commission’s work that was often the factual base that many of the press stories came from, but McArthur said it wasn’t the regulator’s role to “suppress bad news stories”.

McArthur said that the Commission had introduced a tougher compliance and enforcement regime in 2017, a move he states was necessary due to the behaviour of operators and the management of those companies.

He continued that there were far too many failures, lessons had not been learnt and added, “frankly – standards were not good enough!”. McArthur told the audience that the cure to the negative press the industry receives is to have good stories to tell and “not having bad news stories of compliance failures to publish in the first place”.

The CEO said while the source of the news may have been a result of his department, he laid the responsibility of finding a solution sits squarely with the gambling companies, saying;

Are the bad news stories about gambling our fault? Maybe – but the solution sits with operators, not me.– Neil McArthur, Gambling Commission CEO

While the CEO delivered a strong message of further intense scrutiny of the operator’s responsible gambling efforts, he also paid tribute to the work that some sectors of the industry were doing.

McArthur praised the newly founded Betting and Gaming Council’s introduction of the “five pillars” they have introduced as part of the industry’s safer gambling commitments.

Members of the Council must agree to the principals of the commitments which include pledges on preventing underage gambling and protecting young people, increasing support for treatment of gambling harm, advertising reform and promoting a culture of safer gambling.

Adding that the Commission would continue to be tough on operators but said the regulator was “seeing signs that attitudes are changing for the better”.

The CMS Gambling Conference, held in London on the 22nd January, brought together regulators from both the UK and across Europe, members of parliament, representatives from sports industries and regulatory reform campaigners. 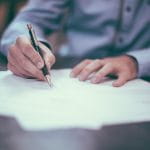