GambleAware has benefitted from an increase of donations for the 2019/20 reporting period. Additional funding of £3.8m from broadcasters and bookmakers has boosted contributions to £10.05, a record amount for the Uk gambling charity. 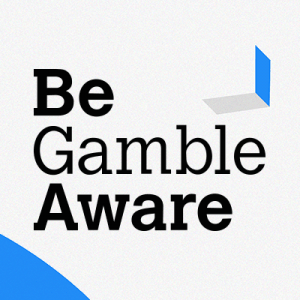 The charity’s coffers have significantly been increased partly due to the UK Gambling Commission’s tendency over the last 12 months to order mandatory contributions to GambleAware in place of a fine.

Gamesys Group’s total contributions of £1,116,000 consisted of a figure of £690,000 that was mandated by the Gambling Commission as part of a regulatory settlement. A similar situation exists with LeoVegas whose voluntary contribution of £69,290 was dwarfed by their mandatory payment of £600,000 that was levied on them by the UK regulator.

For the 10th year in a row, we have seen an increase in donations, which means for the first time, we have been able to meet our minimum target of £10m.– Marc Etches, GambleAware CEO

GambleAware relies on funding from the industry with all operators asked to donate each year. The suggestion is that they contribute a minimum of 0.1% of their annual gross gambling yield (GGY) directly to GambleAware. However, some operators including bet365, GVC, William Hill, Sky Bet and the Flutter Group, pledging to increase this level of funding to 1% within five years. In addition to the 11 operators who donated, GambleAware also received money that was contributed by operators who supported the Bet Regret campaign. Tv companies and technology companies also donated funds with £1.5m

The increase in funding will be seen as a success for GambleAware. The charity’s strategic delivery plan, which is in place till the end of this year states: Our priority is to ensure that sufficient core funding is raised through the current voluntary system and is strategically allocated in accordance with the priorities set by the Gambling Commission, as advised by the Responsible Gambling Strategy Board. We would welcome additional funding towards RET as a whole, and we are excited by the prospect of working alongside, and in collaboration with, the multiple organisations it will take to deliver this at greater scale.

Not everyone is happy with the current funding model that is in place. The voluntary nature, rather than a mandatory ‘gambling tax’ has been a contentious issue with some campaigners. The GambleAware CEO, Marc Etches has admitted that some universities and science studies refuse to work with the charity due to the direct funding from the gambling industry, a levy placed on the companies would eliminate this.

An All-party Parliamentary Group set up to look into Online Gambling Harm questioned the effectiveness of the charity. Released in November 2019, the interim report on Gambling Related said the group support independent commissioning of the services with the increased funds now available, that they are unconvinced about the Gambling Commission and GambleAware’s suitability in enacting this role. 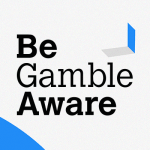