GambleAware is to launch its biggest ever safer gambling campaign this weekend, under the title ‘Bet Regret’, as it commits to the social responsibility measures of the Government’s Gambling Review. 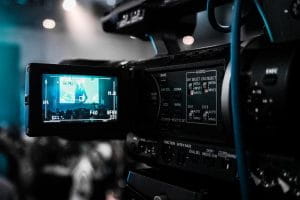 The campaign will be one of the biggest released by GambleAware. © Pexels.

The campaign will be launched this weekend, with the first advert broadcast during the football match between Manchester United and Liverpool. The campaign is aimed at the group most at risk of problem gambling, young men in the UK aged between 16-34, and aims to support the 2.4 million of them at risk of developing a gambling problem.

A total of three adverts will be screened, each covering a different real-life scenario typical among bettors, where a snap decision bet is regretted almost immediately.

As the name suggests, the campaign looks to exploit the feeling of regret that many have after making a bet, whether it be due to them being drunk, bored, or simply making an impulse decision that is immediately regretted. The campaign seeks to “drive self-reflection”, and also enable the group to better spot signs of problem gambling among others.

The Bet Regret campaign is about raising awareness of behaviours that people might not always recognise as impulsive or risky, such as sports betting when drunk, bored or chasing losses. We want people to identify with the campaign, realise they too have those kick-yourself moments when betting and reflect on their behaviours, thus preventing future ill-considered bets which are so often the pathway towards harm.– Professor Sian Griffiths, GambleAware Trustee and Deputy Chair

The campaign is the result of extensive research, including meetings with focus groups containing individuals from the demographic. Together with YouGov, GambleAware met with 2,000 people from within the target demographic, and got some valuable feedback.

The campaign was produced by agency M&C Saatchi, who had this to say about the project:

We’ve all done it. Placed a bet that seems like a good idea at the time — usually when you’ve had one too many, have got time to kill or are chasing a losing streak. And these days, it’s never been easier. A couple of taps and before you know it you’ve got a tenner on a midtable clash in the Korean K League. This campaign aims to mirror the behaviours of its target audience while introducing them to Bet Regret; that uneasy feeling you get when you place a bet without really thinking it through.– Justin Tindall, M&C Saatchi chief creative officer

You can read the full press release on GambleAware’s website. 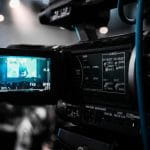