GambleAware is to invest £750,000 in the Scottish charity Fast Forward to run a ground-breaking initiative across the country for the next three years. 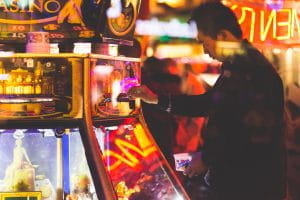 The initiative is aimed at helping younger people who may be vulnerable to problem gambling. © Pexels.

The funding will contribute towards a new hub for education around gambling, called the Scottish Gambling Education Hub.

The hub, based on the existing Gambling Education Toolkit already developed by Fast Forward, aims to increase the scope and scale of education of gambling in the country.

The hub will also attempt to raise awareness, provide training, and support other organisations with similar goals. The ultimate goal is for the hub to assist individuals and other organisation to address gambling issues with Scotland’s young people.

Youth-workers, teachers, and other professionals will provide the relevant training and resources, both in formal and in-formal settings. Those particularly vulnerable to problem gambling, such as young people who are neither in education nor employed, along with parents and carers, will also be offered services.

Speaking about the programme, Jane Rigbye, director of education at GambleAware, said:

We were impressed with the results Fast Forward have already achieved while working with us over the past three years, so we are delighted to be able to scale-up their work to make a real impact across the whole of Scotland. If the work continues to secure the positive, independent evaluations we’ve already seen, then we would hope to replicate this model in England and Wales as soon as practicable.– Jane Rigbye, Director of education at GambleAware

The programme has already gained support from local authorities in Aberdeen and with Universities keen to take part, a focus will also be placed on higher education. Student guidance and support and welfare staff will be offered training and support throughout the academic year.

The pilot stage of the programme has already been rolled out, while the programme is expected to be extended to other higher education institutions shortly.

The City’s Licensing Board, responsible for enforcement of such issues, is a separate body to the City Council, and has no relevant officers that could force compliance.

The City has voiced its concern to the UK Gambling Commission, saying shortcomings in the 2005 Gambling Act should be addressed, so that local authorities are granted statutory enforcement capabilities. 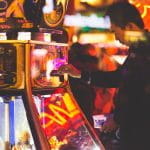