Researchers in Finland are launching a trial to see if a nasal spray can be used to treat gambling addiction. 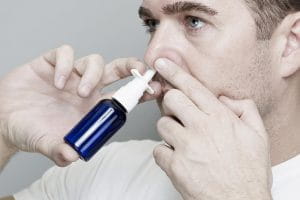 The trial is the first to test whether a nasal spray can help tackle symptoms of gambling addiction. © Very well.

The trial is the first of its kind in relation to gambling addiction treatment. The spray contains a chemical called naloxone, which is more commonly used as an emergency treatment for opiate overdoses. Naloxone works by blocking the production of dopamine, which is a neurotransmitter for pleasure, often linked with addiction.

A pill containing a similar substance to naloxone has already been tested for treating gambling addiction. While the results were promising, the effects didn’t take hold until around one hour after ingestion, as the body must first absorb the pill.

A nasal spray would be almost instant acting and therefore the researchers have high hopes it will be much more effective, as the project’s lead, professor Hannu Alho explained:

The spray goes to the brain in a few minutes so it’s very useful for a gambler … if you crave gambling, just take the spray.– Hannu Alho, Professor of addiction medicine

The researchers are currently searching for up to 130 volunteers for the trial, with half receiving the nasal spray and the other half receiving a placebo. The study is planned to last for one year.

In the researcher’s home of Finland, it’s estimated that around 2.7% of the population aged between 15-74 have some sort of gambling problem.

In the UK, the problem is much more acute. A report by the UK Gambling Commission released in August 2017 found that there are more than two million people in the UK already addicted – or at high risk of becoming addicted – to gambling. The same report also found that 43,000 people in the country have a serious gambling problem.

This trial is a new approach to treating a growing problem, with UK regulators and campaign groups typically focusing on advertising campaigns and stricter controls from operators. But it’s not the only new research being undertaken.

Curbing and treating addictive behaviour is on the minds of many researchers and a team at Stanford University have been investigating whether brain implants can prevent addictive behaviour manifesting by delivering electrical pulses to those areas of the brain that activate pleasure and reward systems. The tests proved positive and it’s hoped they could eventually be extended to problem gamblers. 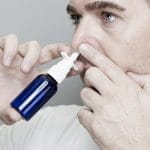