When you imagine the stereotypical gambling addict it is more than probable that a sad figure appears in your head. Scruffy clothes, lack of personal grooming and someone who essentially lives in Ladbrokes or William Hill or any other high street betting shop that might be closest to you. In reality, though, the opposite is perhaps closer to the truth. Joey Barton’s high profile betting case, which resulted in a reduced 13-month suspension from playing football is just one example of many footballers who suffer an addiction to gambling. 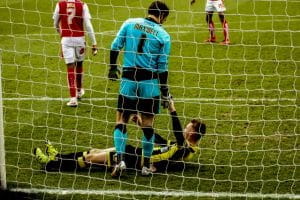 As more and more footballers call for stronger regulation on betting in football the FA and PFA’s silence speaks volumes. ©Pexels

Recent figures from the Gambling Commission show that football betting was worth £1.4 billion to the betting industry from October 2015 to September 2016. Of that, a distressing record £333 million was made in profit by the bookmakers, whilst the gambling industry’s gross yield for the same year was £13.8 billion. And you thought footballers earned too much money.

Joey Barton was banned for placing 1,260 bets on football, making a loss of over £16,000 over a ten-year period. If you take into account the fact the average wage of a Manchester City player (before bonuses) – is just over £95,000 per week, then add in the amount of time footballers have to kill in between a few hours of training each day, and the recipe starts to smell like a potential gambling addiction.

It’s no secret that professional footballers are entrenched in the gambling culture of the sport throughout their competitive playing careers. The Secret Footballer, who writes for the Irish Examiner, argues this culture originates from the competitive edge that all players harness and nurture in order to succeed in their profession. He highlights personal experiences in the past, incidences where professionals have placed hefty £15,000 bets on the next team to score in a match, and situations where players have been encouraging each other to make huge-money bets without any consideration of the ramifications. The anecdotes of The Secret Footballer give us a valuable insight into the intertwined worlds of professional sport and high-stakes gambling.

Since Barton’s case, the FA have cut all ties with Ladbrokes and terminated their £4 million sponsorship, which Barton made light of following his case. The Secret Footballer feels the FA have taken the safe option in harshly banning Barton:

“The FA, petrified about what they might find, keeps the lid on this side of the game [gambling]. Much easier to come down hard on the hapless ones. Cue Joey Barton. Joey by now has reformed himself more often than most boy bands. He is a catalogue of most of the acute problems that can beset a man. Anger management issues. Alcoholism. Gambling addiction. Playing for Rangers. He will bounce back”.

Therapist Steve Pope has also denounced the FA and is said to have helped over 250 footballers control their addiction. Pope worked with Barton in 2012 at Fleetwood Town and feels that his case is merely scratching the surface: “To say Joey is the tip of the iceberg is a massive understatement. I’d say at least half of any squad’s players are regular gamblers, with a massive number being addicts who need help”.

Since the Barton case many within football have come forward, some anonymously and through the tabloids. The Mirror reported in May of this year that an unnamed Premier League defender lost £500,000 on his smartphone via online casinos; a player from the Scottish National team national team begged bookies to close his account after losing £250,000 on online slot machines and roulette, while another player from the Premier League is rumoured to have wasted his £15 million fortune on card “games” and casinos. He was forced to move from his home due to being unable to afford the mortgage.

Former West Ham United midfielder Matthew Etherington when speaking to BBC Radio 5 live in April said the onus should be on the gambling companies, and opened a small window into how they encourage gambling within the game:

“Gambling companies need to recognise those that are vulnerable and don’t take bets from them. I was targeted; we had gambling companies come into the club and say ‘you can bet with us’. They knew we were young, a bit vulnerable, and had lots of money. Looking back, it was very irresponsible of them”.

And what of the Professional Footballers Association or the PFA? Browse on their official website and you can find a video of former professional footballer Fabrice Muamba discussing sports betting integrity with Ladbroke’s Alex Donohue. There was, however, no sort of outlet for any kind of medical help for the addiction of gambling. In late April this year the chairman of the PFA in Scotland claimed gambling was “rife” in the game, from managers to chairmen to referees all in on it.

For those reading all this and offering crocodile tears, believing that ‘they all get paid a fortune so why is it a problem’ then I will leave you with some stats revealed by the Secret Footballer:

“One in three [footballers] get divorced within a year of retiring, one in three will suffer with a mental illness and 40% will go bankrupt within five years”.

It is difficult to humanise footballers because we want to vilify or idolise them, but they need more support, and neither the FA nor the PFA are doing enough at the moment. 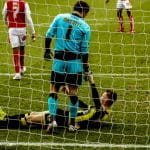 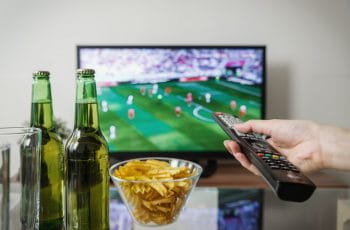 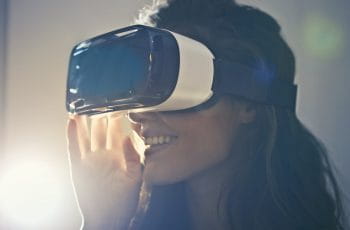 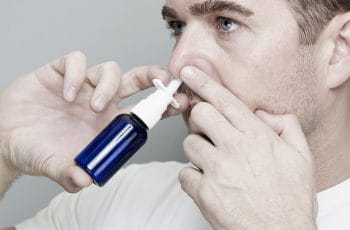