England’s prime minister, Boris Johnson, and his advisors are to oversee the long-awaited review of the 2005 Gambling Act. Sources close to the pm state he is now steering the plans.

The prime minister and his advisors are to lead the review of the current legislation regarding gambling. The Conservative Party promised reform of the industry as part of their election manifesto, an election the party won in December. The Guardian newspaper is reporting that Johnson, alongside Dominic Cummings and Munira Mirza, has all taken a personal interest in the new legislation that will replace the 2005 Gambling Act. The prime minister has in the past been vocal in his belief that current rules were not fit for purpose, saying the Gambling Act was “an analogue law in a digital age”.

A source at Whitehall has stated that the prime minister and his advisors are considering making wholesale changes which would modernise regulations. It is anticipated that a ban on gambling-related advertisements in sport will be among these changes. One unnamed MP said of advertising gambling products in sport: “Like any organisation, departments become quite linked into these industries [such as sport and broadcasting]… They weren’t that keen on changing tobacco advertising back in the day, but it happened.”

Ahead of the review, a group of peers within the House of Lords have been tasked with reviewing the industry. They will report to the government with their findings. The Peers for Gambling Reform Group (PGR) will be chaired by Lord Foster of Bath who is a Liberal Democrat politician who represented Bath, Somerset as its constituency MP from 1992 until 2015. Vice chairs include Lord Smith of Hindhead (Conservative MP), Baroness Hilary Armstrong (Labour, former MP for North West Durham), Lord Butler (former Cabinet Secretary for Margaret Thatcher), and the Bishop of St Albans.

The PGR was formed to assist with the government and UK Gambling Commission’s reform of the 2005 Gambling Act. The peers have outlined their key priorities; these include:

Comments by the Chair, Lord Foster of Bath, indicate that the group are likely to recommend tough new rules which will radically change the landscape of the industry. Lord Foster said:

Given that we have a third of a million problem gamblers, including 55,000 children, and one gambling-related suicide every day, action is urgently needed. Online gambling companies have cashed in on the pandemic, making more profit and putting more lives at risk. – Lord Foster, PGR Chair.

“This new group of 150 peers from across all sections of the Lords seeks to ensure urgent action is taken by the Government to reform our wholly outdated regulation. It is Time for Action.” Lord Grade of Yarmouth said: “I am delighted to support Peers for Gambling Reform, which has been formed to press for the implementation of the recommendations of the Select Committee which I Chaired. “These are recommendations which need urgent implementation if the harm suffered by problem gamblers and their families is to be alleviated. Most of the recommendations can be implemented without primary legislation; they cannot wait for the long-promised Government review of the Gambling Act. I send the Group every good wish in taking forward this vital work.”

This review is the second time this year that peers and Members of Parliament have tackled the issue of gambling-related harm. In July, a House of Lords Gambling Select Committee’s report ‘Gambling Harm – Time for Action’ report was released. The report took over a year to complete, is 190 pages long, and makes 66 recommendations including:

Betting- The report calls for the creation of a Gambling Ombudsman Service. This service would be mandatory and be independent of both government and the industry. There will also be a ban on the practice of “bet to view”, in which customers have to place money on an event to be able to watch it. In retail establishments, the practice of “single manning” will be outlawed with shops being required to have at least two members of staff on duty.

Marketing- affiliates who advertise gambling products will be required to be licenced by the UK regulator, and the report also calls for a ban on sports teams kit sponsorship and venue advertising, similar to rules introduced in Spain. A potential ban on sponsorship by gambling companies would come into effect immediately but would be delayed until 2023 for non-Premier League football and other sports excluding horseracing and greyhound racing which will be exempt. Lottery- if proposals are accepted, the minimum age for playing the National Lottery will rise from the current level of 16 to 18, and the current lottery duty will be replaced by a tax on the operator’s gross profit. They also recommend that the UK Gambling Commission monitors the amount of spending that is used for advertising and scrutinises admin costs declared.

Regulator- the report is critical of the current funding model for the Gambling Commission as it relies on voluntary contributions from operators, they want to see a mandatory levy introduced instead. Any fines the regulator issues should reflect the size of the operator. The peers also recommended that the performance of the Gambling Commission is reviewed every three years. The report, however, dismissed the notion of the UKGC splitting from the Department for Digital, Culture, Media & Sport. Responding to the recommendations, Gambling Commission Chief Executive Neil McArthur said: “We welcome this report and are already working on a number of the recommendations highlighted. As we made clear in our evidence to this and other committees, we need greater resources to be able to meet the challenges ahead. Our current funding arrangements do not give us the resources we need, and we are working closely with DCMS to address that.” 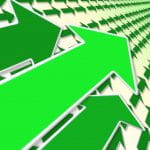