The Dutch regulator has confirmed that just 35 licences to provide gambling products are set to be issued. One hundred and twenty-five operators had expressed interest, but strict regulation and high taxation have cooled demand. 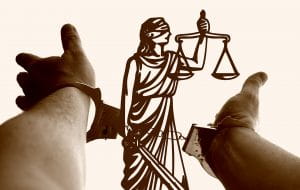 The Dutch Gambling Authority has confirmed that it expects to issue just 35 licences in October. This number is far lower than the 125 operators who had expressed a direct interest in applying for one. The regulator confirmed the low take-up in its 2020 annual report on the Dutch market.

In June last year, interested parties were asked to register their desire to apply for a licence. Despite 125 companies expressing their intention to apply, just 40 have followed up their initial inquiry with a firm commitment to complete the process.

One of the main reasons cited for the dwindling interest is the prospect of an active operator tax, which would apply to all Dutch operators, regardless of whether they are all licenced or not. Another reason expressed was that operators would be prevented from transferring their player database gained during pre-licensing to the new licencing regime, effectively forcing a ‘fresh start’ for companies who could initially have spent heavily attracting these customers.

The harsh taxation regime of the Dutch market is also believed to be a factor. Dutch-licenced operators will be subject to a tax rate of 29%, which is one of the highest rates in Europe. Operators in the Dutch market will also be forced to pay an additional 1.75% problem gambling levy. They were making the effective rate of taxation in the Netherlands of 30.75%.

For comparison, in the UK, the tax rate was 15% before it was increased to 21% in 2019 by chancellor Philip Hammond.

The Dutch market’s licencing has been heavily delayed; initially planned to go live in January this year; it has been delayed until October. In September last year, the passage of the Remote Gaming Act was delayed by the coronavirus pandemic. Under Dutch law, a minimum of six months ‘cooling off’ period must be in place before an Act becomes law.

The KSA used this delay to map out the licencing process and start constructing the CRUKS national self-exclusion scheme. The KSA will build and maintain a centralised database. It is a Dutch licence condition that operators must check to ensure they are not offering gambling products to consumers who exclude.

The low uptake of operators applying for licences is likely to be a blow for KSA who had already committed to expanding its licencing division. The new department would include existing staff, but the regulator has recruited new staff that KSA has trained to deal with the expected influx of new applications.

Perhaps due to this fact, the regulator has warned operators that they face delays of more than the expected turnaround of six months if their applications are incomplete.

The regulator’s annual report states they aimed to achieve a channelisation rate of 90%, and they believe the newly regulated market could be worth more than £957m in 2024 based on data from H2 Gambling Capital, a gambling sector data specialists.

Although strategic advisory specialists Regulus Partners believe the figure is likely to be closer to £827m because operators in the Dutch market cannot use bonus offers to attract customers. 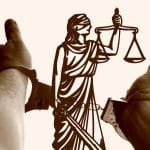