The National Audit Office has stated that the DCMS – the government Department for Digital, Culture, Media and Sport requires more funding to effectively help with the Gambling Commission in meeting its objectives. 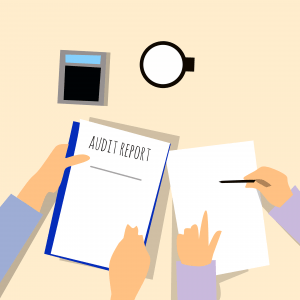 The National Audit Office (NAO) is tasked with going over public spending. They do this through producing year reports and other various things. This year they have produced a report titled “Gambling Regulation: problem gambling and protecting vulnerable people.’ In it they claimed that the current funding system for the Gambling Commission leaves it vulnerable and harder for them to possess the skills to address the issues at hand.

This is because they currently receive most of their funding from license fees of the gambling operators. This was around £19m from 2018-19. This clearly makes them dependent on such funding. What’s more there has been criticism of the licenses that have been issued, as the parameters have not been updated since 2016. The industry is evolving, and the UKGC isn’t.

The current structure of the Commission has come under scathing criticism from Meg Hillier, MP and chair elect of the Committee of Public Accounts. She said, it is not “doing enough to make gambling safe and ensure firms raise their standards.” Basically, the industry is advancing whilst the regulation isn’t. This is due to an amalgamtion of factors, but the number one being the lack of funding. She went on to say;

Government must play its part too. Many cash-starved local authorities are not inspecting gambling premises and DCMS has failed to give the Gambling Commission access to the funding it needs– Meg Hillier, MP

The head of the NAO, Garth Davies, also agreed with this sentiment, stating that “while the Commission has made improvements, gambling regulation lags behind the industry.” It is pertinently clear that there is concern throughout the industry that problem gamblers still don’t have the protection they deserve.

What’s more the UKGC agree with this assessment. They highlighted the fact the current funding agreements restrains them from acting how they would like. They have been in discussions with the DCMS have developed new proposals to address this. Overall the National Audit Office was critical of the way the UKGC currently runs itself. Claiming they do not process enough information about gamblers, and they need a better understanding of problem gamblers and a better complaint process.

It remains to be seen if things change, but we will be waiting for news from the DCMS 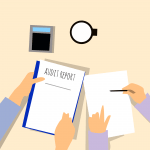