A new report has shed new light on the spectacular failings of the Football Index platform, which collapsed and left customers losing millions. Although £124m existed in virtual share portfolios, only a small percentage was held as cash, with the company funding ‘Project Hadron’ to expand into different sports and territories. 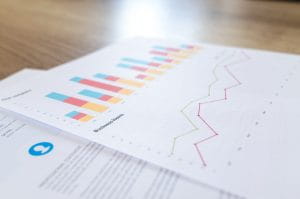 Reports in the press show that the owners of Football Index used customers’ funds to build technology to sell similar products in different countries even while the company knew it was in financial trouble.

An article in The Athletic claims an eight-figure sum was moved from BetIndex, the parent company of Football Index, to its holding company Index Labs as part of ‘Project Hadron’.

Football Index was marketed as a ‘virtual stockmarket for footballers’, and customers would buy shares in a particular player. Income was derived from these shares through dividends which were related to a players performance on the pitch. Off-field influences also affected player’s share price, with activities such as social media prominence and followers

The first sign of trouble with the Football Index platform was when the company slashed the dividend payments to their customers. Overnight, the amount paid in dividends dropped heavily, in some instances up to 90%, meaning some punters lost vast sums of money.

To make matters worse, Football Index prevented customers from trading shares, meaning they could not act as the value of their investments plummeted.

A report into the collapse of Football Index that was released last month stated that while on paper there was about £124m, which existed as assets in virtual portfolios on the platform, only a fraction was held as cash, which meant the company was unable to deal with financial challenges.

Those customers who lost money when Football Index collapsed are likely to be shocked to discover that even after Football Index went into administration, insolvency practitioners BDO were trying to re-package Football Index and raise funds.

Project Hadron would involve taking the principles of Football Index and introducing it into different regions with different popular sports in that region. Examples cited include; a cricket platform in India, a football platform in Germany, or an NFL platform in the United States.

The report shows that Project Hadron was only 40% complete, despite £15m being spent on it, and the company continued to work on the idea, even though it was aware that its core business was failing.

The Guardian last week wrote about Football Index and quoted an earlier article that stated that the UK regulator, the Gambling Commission, had been warned about the company as early as January 2020. The Commission was warned that the platform was “an exceptionally dangerous pyramid scheme under the guise of a ‘football stock market’” and that immediate and urgent action was needed “to alert and protect their users.”

“From this date [in mid-2016] onwards, the management … were fully aware there was a problem with the current financials and the way the market was working,” the former Football Index worker said.

However, they claim that the executives “wanted everyone to think that they were winners [when] you need to have some losers … to cover the profits of those which win, [as] it’s a zero-sum game and we are not printing money out of thin air.” 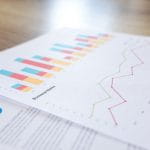