Chancellor Philip Hammond has warned that the Conservative party could revolt should government not impose a maximum cut to stakes on fixed-odds betting terminals (FOBTs) in its review of the gambling industry. 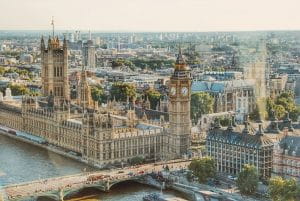 Tories could revolt if government decides not to cut FOBT stakes to £2. © Pexels.

Sources in Whitehall report that the Chancellor is unwilling to impose such a drastic cut to the stakes, since the machines bring in around £500m in revenue each year.

The Conservative party has threatened rebellion should government heed the recommendations made by the UK Gambling Commission to government earlier this week.

The Commission has recommended to government that the maximum stakes for non-slot games – the most addictive and costly of FOBT games – should be cut to £30 rather than £2, in a move that is seen by many in Westminster as bowing to the demands of the industry.

Sir Peter Botttomley, MP for Worthing West, has claimed the the government would be defeated should they not impose the maximum restrictions on the stakes of the machines. Bottomley stated that he would enter a motion that would allow the Labour, SNP and Liberal Democrat parties to vote together with the revolting Tories.

The money that the Treasury stands to lose is not the issue… The issue is that it comes in large part from poorer people who were not supposed to lose it in the first place. Parliament never intended the Treasury to have so much money, because it did not expect people to lose so much money in the first place.– Sir Peter Botttomley, MP for Worthing West

The review of the industry is being overseen by the Department for Digital, Culture, Media and Sport (DCMS). In January, Matt Hancock replaced Karen Bradley as head of the department, in a move that anti-FOBT campaigners were less than thrilled about due to Hancock’s alleged affinity with the gambling industry.

The DCMS is yet to make its decision and the issue has not yet been voted on in Parliament. However, pressure is already mounting on government to inflict the maximum possible stake reduction on FOBTs. The UK Gambling Commission has added an influential voice to proceedings and many have claimed that its recommendation of a £30 maximum stake has been widely viewed as bowing to industry demands. It remains to be seen if government will do the same. 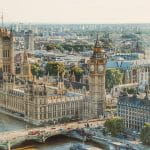