Church of England calls for ban on betting adverts

The Rev Alan Smith, Bishop of St Albans, has called for an exemption that allows gambling adverts to be aired before the 9pm watershed to be closed, in an attempt to curb what the Church calls a ‘growing moral crisis’ facing young people. 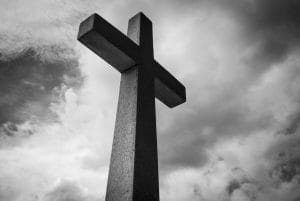 The Church has added its voice to the calls to stop gambling firms advertising. © Pexels.

The Bishop’s concerns stem from the fact that an abundance of gambling adverts on television is normalising gambling for young people.

The exemption currently in place allows for gambling adverts to be shown in conjunction with sporting events, meaning many adverts for gambling firms are shown before the watershed.

The call has been made along with Conservative peer Lord Chadlington, after a survey commissioned by the peer and undertaken by Populus found that two in three children feel like there is an overwhelming amount of gambling adverts on television.

The survey asked 1,000 14-18 year olds questions surrounding the advertising of gambling on TV. Of those surveyed, 65% thought that there are too many gambling adverts featured on television.

Among the other findings was that half of those surveyed sensed that gambling adverts implied that gambling was an easy way to make money and that risks were low. Additionally, respondents were said to find the adverts made gambling look fun.

There has been a huge rise in the number of gambling adverts on almost every sort of media… There’s lots of evidence that young people are seeing extraordinary levels of advertising, which is normalising and socialising gambling. That is a moral issue, one which we as a society need to stand back and reflect about.– Rev Alan Smith, Bishop of St Albans

The Government should ban all gambling advertising during sporting events. It must ensure that both online and offline, the use of sporting celebrities to promote gambling should be stopped. Gambling must not be normalised amongst the young. You can enjoy sport as sport – you do not need gambling to make it fun.– Lord Chadlington, Conservative peer

Campaigning to lower the exposure of gambling to young people has long been on the agenda and the dangers of over-exposure are beginning to be better understood.

The Gambling Commission’s own annual Young People and Gambling report from last year had some worrying figures surrounding advertising to young people.

Lifting the current exemption would almost certainly limit young people’s exposure to gambling adverts via television. However, there is no guarantee it will limit the exposure overall, as gambling companies would be likely focus on advertising via different mediums, such as social media, which already accounts for where around 70% of young people have seen a gambling advert. 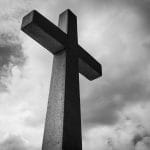