Buenos Aires is a city that has become very prevalent with professional eSports, and subsequent gambling on these markets. To address the lack in regulation, separate laws are being drafted exclusively for the city of Buenos Aires, that will be independent of the wider province of Buenos Aires. 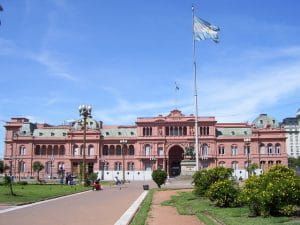 With such an intense relationship between the sport of eSports and gambling, this regulation was necessary to maintain the legitimate status of the community. With the worlds best eSport players regularly descending on the city to compete across a host of the worlds favourite titles, it was only a matter of time before the regulation came in for the betting on those games. What is more, the city has woken up to the potential goldmine that is sitting on their doorstep. Despite strong opposition to the regulation, nobody within the Buenos Aires municipality can deny the benefit that will come through tax collections.

The city and province will likely align their regulatory models, offering a joint jurisdictional agreement with a POC model, where players playing on any BA-licensed website have with a geospecific unique ID, which will be used to establish their taxation residence.– Eduardo Morales Hermo, Analyst, Ficom Leisure

Operators will face a 25% tax rate

The operators that do receive the license from the Buenos Aires Lottery and Gaming Authority will be facing a tax rate of 25% on gross gaming revenues. This amount, of course, mirrors that standard provincial tax rate and is expected to generate upwards of ARS $500m (£8.9m) annually.

The move comes shortly after the province of Buenos Aires took steps to regulate its booming eSports betting venues, launching a special license that was awarded to the 7 biggest operators of the region. The city and province are still at ends over who has regulatory authority, and no specific details have yet emerged of the specific implementation mechanisms. 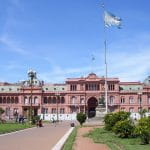