Researchers believe that the brain’s prefrontal cortex activity could be the reason why some people are risk seeking and some are risk averse. It is hoped that this discovery could lead to effective treatment for gambling addiction. 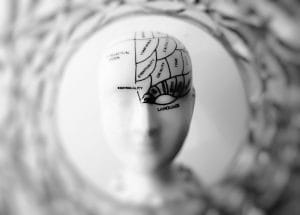 The trial found that the rats would adapt their behaviour and use a strategy to strike a balance between risk and reward. A rat would, for example, choose the safe option after several unsuccessful risky choices, even if that strategy had been successful in the past.

The researchers found that by monitoring the levels of neuronal activity in the rats’ prefrontal cortex, they were able to always predict the rats’ behaviour, knowing with certainty due to these levels, whether the rat would choose the safe or risky option.

Whilst this is interesting in itself, the team went a stage further and found that by increasing or reducing this level artificially, they could influence the subject’s choices. One of the authors of the report, Johannes Passecker, explained how it worked. He said:

Through selective manipulation of the brain activity, we were even able to influence the decisions of the animals such that they took a higher risk with their gambles.– Johannes Passecker, Research scientist

The team used light to control cells in living organisms in a process that is called Optogenetics and using lasers they are able to activate proteins in the prefrontal cortex of the rats’ brains which increases or decreases the activity.

News of this research has given renewed hope for the future treatment of illnesses such as gambling addiction and depression. Dr Passecker explained that it made logical sense for levels of activity in the brain to directly affect our moods and decision making.

He explained that when a person suffers from a gambling addiction, the neuron activity in the prefrontal cortex is also very low, which means a person is no longer capable of correctly assessing the risk of massive gambling losses. He explains that the addiction stops the brain being able to choose the safe option.

Further studies will be required. However, if the results of this study in rats are successfully replicated for humans, it could bring a new era in the treatment of mental illness and give hope to problem gamblers and PTSD suffers. 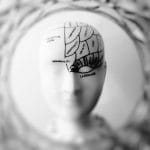