BoyleSports has entered the race to acquire William Hill’s UK assets. The Irish operator has called the chance to acquire the retail shops a “rare opportunity”. The company faces competition from several other UK facing bookmakers. 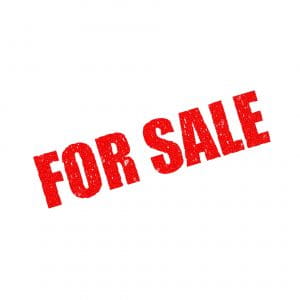 Irish bookmaker BoyleSports has declared an interest in purchasing William Hill’s UK retail betting shop portfolio. The operator has expressed a desire to acquire “some or all” of William Hill’s 1,4000 betting shops located in the UK. The company describes the sale as “a rare opportunity”, and the purchase would allow the company to drive scale through mergers & acquisitions.

In April this year, Caesars Entertainment announced its completion of the William Hill PLC acquisition. The $4 billion deal gave Caesars ownership of one of the most recognisable sports betting brands in the world and full control of William Hill’s American operations, which the company had been rapidly expanding before the purchase.

When completing the deal, Caesars Entertainment publicly stated that they had no interest in opening operations in the UK and placed the UK’s non-US-focused for sale.

BoyleSports, in a statement, said of a potential purchase: “BoyleSports would certainly be interested in acquiring some or all of William Hill’s UK shops, or indeed any other opportunity that makes sense for our business,”

“We have made no secret of our ambition to be one of the principal operators on the UK high street and believe that our retail and digital offerings represent a best in class safe and enjoyable proposition for the betting public. “The sale of the William Hill estate presents us with a rare opportunity to achieve the retail scale we have been targeting,” said BoyleSport.

It won’t be the first time that BoyleSports has purchased retail establishments from William Hill if a deal can be made. In January last year, the company paid €18 million for 33 William Hill betting shops in the north of Ireland. This deal made BoyleSports the isle of Ireland’s biggest retail bookmaker. William Hill, at that time, closed around 700 shops due to the UK introducing limits on the stake that could be wagered on Fixed Odds Betting Terminals (FOBTs).

BoyleSports currently has 21 shops in England and Scotland, 45 in Northern Ireland and 298 in Southern Ireland. They also have two shops in the Isle of Man.

While the company is eyeing expansion, the company is also making improvements to its existing platform and has recently updated its online betting site and mobile app.

BoyleSports is likely to face stiff competition to purchase the UK William Hill estate with US investment firm Apollo Global Management, 888 and Betfred; all believed to be interested.

Caesars Entertainment has stated they want a deal completed as soon as possible, and they believe a deal can be done within the next six months.

When Caesars bought William Hill, CEO Tom Reeg dismissed speculation that the purchase would be used to enter new non-US markets. Reeg said he didn’t have a “moments pause” in deciding to sell the brand’s non-US assets. “One of my pet peeves, when I was an investor, was companies that didn’t know what they were good at, and I can’t tell you we’re good at running a non-US digital business,” he said.

“I can tell you that there are almost certainly people out there that will do it better than us and see opportunity there, and I can deploy that capital into businesses that I know will drive better returns to shareholders,” Reeg added.

The sale of William Hill is expected to raise $1.5bn; this money will be used to lower the company’s debts, estimated to be $2bn. 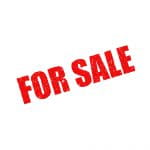