Irish operator BoyleSports has been hit with a £2.8m fine from the UK’s Gambling Commission. The bookmaker has been issued with a formal warning from the regulator.

The Gambling Commission has ordered that BoyleSports pay a £2.8m fine after the regulator ruled that the bookmaker had failings in its anti-money laundering (AML) procedures. The Commission issued a formal warning and ordered the company to appoint a money laundering reporting officer. 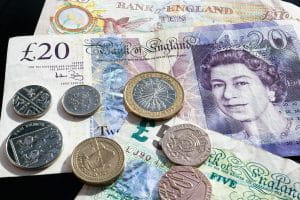 BoyleSports Hit With Fine by the UKGC ©Pixabay.

The high street and online operator also had additional licensing conditions imposed onto its UK operating licence. After investigation, the regulator identified a lack of appropriate procedures regarding money laundering risk assessments. They also stated that the company was guilty of failing to comply with elements of money laundering regulations within the licensing codes of practice (LCCP).

The Gambling Commission also ruled that BoyleSports’ anti-money laundering policies, procedures and controls were unsuitable and therefore could not be implemented effectively.

It is vital that all gambling businesses have effective anti-money laundering policies and procedures firmly in place and as part of our ongoing drive to raise standards we will continue to take tough action against operators who do not.– Richard Watson, UKGC executive director

BoyleSports is well known in the UK; they operate over 300 retail shops in England, Scotland, Wales as well as Ireland. They also have an online presence, operating bingo, casino, sports betting and pooled betting sites under their parent company BoyleSports Enterprise.

As part of the ruling, the company are obliged to appoint an “appropriately qualified” money laundering reporting officer (MLRO). The person who BoyleSport choose to fill this role must hold a UKGC personal management licence (PML) that is separate from the one the company holds.

The company has also been ordered to complete a thorough review of its AML policies, procedures and controls to ensure they comply with the standards laid out by the UKGC.

On the Gambling Commission website, the regulator said the operator had;

It is believed that BoyleSports, in anticipation of this ruling, has already appointed an MLRO in full compliance with the UKGC standards. This appointment was made in 2019.

A BoyleSports spokesperson said the operator noted and accepted the UKGC investigation and would fully comply with the additional licence conditions. Saying:

“BoyleSports co-operated fully with the investigation and acknowledged the findings from the outset,” said the spokesperson. “BoyleSports has compliance and governance at the centre of its operating principles and continues to invest in its processes, its people and its systems.” 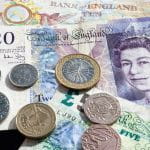