A bookmaker has been arrested in Northern Ireland after an investigation found that fixed-odds betting terminals (FOBTs) could be in breach of Northern Ireland’s gambling laws. 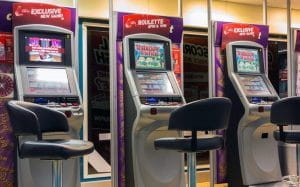 The Public Prosecution service in Northern Ireland has been sent a dossier and will make the final decision on whether the bookmaker will be charged.

The conflict surrounds the stakes of FOBTs, which currently have a maximum stake of £100. The UK government is currently consulting on this and has promised the stake will be lowered to between £2-£30. While the machines were legalised in the UK in 2005, this does not apply in Northern Ireland, since gambling law is an issue for the devolved parliament. In Northern Ireland, a 1985 law states that machines should have a maximum stake of 30p.

This law also states that maximum winnings from gambling machines should not exceed £8. Currently, FOBTs have a maximum potential win of £500. The Police Service of Northern Ireland has therefore recommended two counts of prosecution in relation to the above law: allowing gamblers to receive winnings in excess of the limit; and charging players of the machines higher amounts than legal playing limits.

The six biggest bookmakers in Northern Ireland are Ladbrokes, William Hill, Paddy Power, Sean Graham, McLean’s, and Toal’s. There are an estimated 600 FOBTs in the country.

Pressure on high-street bookmakers is ramping up in England too. Local authorities are fighting for more powers to stop the rapid spread and rise in the number of high-street shops, particularly in more deprived areas. In the consultation period for the recent review of the industry, The Local Government Association called for more planning and licensing power for councils so that they can stop the further proliferation of betting shops.

In 2017, there have been five instances where local authorities have tried to fight against bookmakers opening new outlets in their constituencies. In all five cases, the councils lost the case, while the bookmakers won, based on a lack of evidence that the betting shops are causing social harm. Government says local councils already have the necessary powers, but most local planning laws have no mention of maximum numbers of betting shops. Councils are therefore fighting a losing battle so far and the question remains, can councils stop the spread of high-street bookies?

The consultation period after the release of the government’s review continues, with bookmakers fighting hard to prevent the worst outcome of FOBT stakes being lowered to £2. Ladbrokes has stated that it could lose up to a fifth of its revenue should the FOBT maximum stakes be significantly cut. 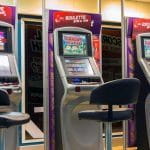