Land-based casinos in Atlantic City are enjoying revenue growth for the 15th consecutive month. Online gambling and sports betting revenue have contributed to the gaming revenue total of $338.8 million. 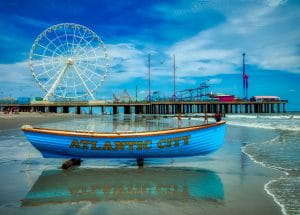 Online activities have contributed to a year-on-year increase of 13% in gaming revenue realised by casinos in Atlantic City. Figures released by state Division of Gaming Enforcement revealed that like for like figures for August had increased by double digits to total $338.8 million.

James Plousis, chairman of the Casino Control Commission, praised the continued growth shown by Atlantic City’s casino operators. Plousis said the figures demonstrated the public’s demand for Atlantic City’s products and services. The chairman also praised the land-based operators’ decision to expand its core products online., saying they have “made strides adjusting in a competitive environment.”

Rummy Pandit, executive director of the Lloyd D. Levenson Institute of Gaming, Hospitality and Tourism at Stockton University, was also upbeat about the continued growth in monthly revenue results, saying the figures showed “An overall positive trend for Atlantic City.”, he added;

Atlantic City continues to demonstrate strong gaming revenues compared to 2018, indicating a consistent growth within its market segments and further strengthening its position as a premier destination resort on the East Coast. – Rummy Pandit, Executive Director.

The legalisation of internet betting took place in the state in 2013, and the percentage of income derived from internet gaming compared to traditional gaming is increasing each year. Hard Rock, for example, realised growth rates of 343%, raising $500,000 in revenue in 2018 into $2.1m in 2019. Although this is still a fraction of Hard Rock’s $36.1m in traditional gaming revenue.

An Atlantic City gaming landmark was reached in August when revenue from online gaming broke the $40 million mark. Revenue figures of $41.1m in just six years does suggest that growth rates for the industry are sustainable, although unlikely at such levels.

Casinos in Atlantic City have also taken advantage of a change in the law that allows sports betting. Despite only being legalised in 2018, this new market has already accounted for revenue figures of $11.26m, a number that represents a year-on-year growth rate of 115% from $5,238,741 in 2018.

The news that eight out the nine casinos in Atlantic City are increasing their revenues has boosted confidence in the East Coast. Chief operating officer of Borgata, Marcus Glover, stated his belief that revenues would continue to grow, saying he was “looking forward to continuing the momentum into the fall.”. Borgata last three-month results showed the highest level of gross gaming revenue in the resort’s 16-year existence. 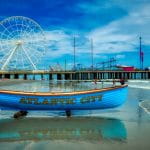