A study published by the Advertising Standards Authority (ASA) has shown that fewer children are exposed to gambling advertisements via TV than ten years ago. 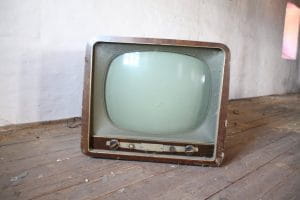 The report, published this week by the ASA, measured children’s exposure to TV adverts for gambling, alcohol and food and drink products that are high in sugar, fat or salt, between 2008 and 2017.

Over the last ten years, children’s exposure to TV ads peaked in 2013, when they viewed 229.3 ads per week. This figure dropped each year, with the number of gambling ads decreasing 37.3%. In comparison to a decade ago, children are viewing 19% less gambling advert.

The study found that children see one gambling advert on TV for every five seen by adults and that gambling ads constituted 2% of all adverts viewed by children between 2008 and 2017.

Interestingly, bingo, lottery, and scratchcards adverts were most seen by children. That meant that the number of sports betting adverts viewed by children has decreased, from one advert in 2011 to 0.4 adverts in 2017.

Speaking about the findings, Guy Parker, chief executive of the ASA, said:

Protecting children has always been at the heart of our regulation. These findings show that in recent years, children’s exposure to TV ads for alcohol, gambling and food and soft drink products high in fat, salt or sugar is declining. We’re not complacent though and we’ll continue to actively monitor and report on this important area of work. Our next focus will be to examine whether the rules are working in the same way online and we’ll report on that later in 2019.–Guy Parker, ASA chief executive

The findings will likely surprise those who have campaigned against sports betting operators TV advertising. Gambling advertising became a politically charged issue over the last few years with campaigners outraged at the sheer volume of gambling ads broadcast.

Those campaigners recently earned a victory, with betting companies agreeing to introduce a whistle-to-whistle ban on gambling adverts during live sporting events later this year.

However, the study’s findings are unlikely to surprise industry figures. A GambleAware commissioned report published in November 2018 showed that operators were dedicating around 80% of their marketing budgets towards online advertising.

That alone would account for children and adults seeing less TV gambling adverts, but it probably also means that children are seeing more adverts in total, since operators have increased their overall marketing spend massively. The study also found that gambling firms have increased their marketing spend by 56% since 2014. Overall, TV advertising comprised just 15% of operators’ budgets.

You can read the study results in full at the ASA’s website. 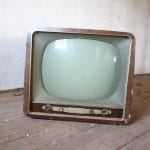