400% increase in the number of children who gamble

The UK Gambling Commission has released a detailed study on the number of children in the UK who gamble. The report highlights that the number of youngsters who have a gambling problem has quadrupled over the last two years. 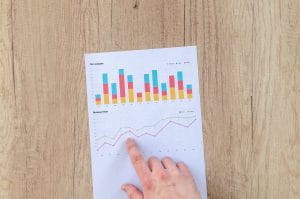 Computer games that offer ‘loot boxes’ could be one of the reasons why the UK has seen a 400% increase in the number of 11-16 year olds who have a gambling problem. A recently released Gambling Commission study found that 31% of youngsters had opened loot boxes bought with real money while playing online. 3% of these youngsters then took part in ‘skins’ gambling in which they bet against other players with the winner taking the losers paid for items.

The 47-page report says that 14% of 11-16 year olds had spent their own money on gambling activities in the last week. This is higher than the 13% that drank alcohol and much higher than the 4% that had smoked cigarettes and the 2% that had taken any form of illegal drugs.

Rather than betting in licensed premises, private betting with friends makes up the highest percentage of gambling at 6%. The most popular ‘official’ gambling was buying National Lottery scratch cards. 4% admitted to buying at least one in the last week. The report highlighted the issue that many parents, family members and publicans often turn a blind eye when children use the fruit machines in public houses. 3% of 11-16 year olds play these machines regularly.

Executive director of the Gambling Commission, Tim Miller stressed that his organisation needed support from those that offered services and also those that have direct contact with children. He said:

There is no form of gambling that is risk-free. It is therefore vital that all those with a part to play in protecting children and young people – parents, businesses and regulators — work together.– Tim Miller, UK Gambling Commission Executive Director

Support from parents and carers would seem vital as the study discovered that although a relatively small 5% had spent money on online gambling, 6% of that figure had the permission of the parent or guardian to use the adult’s personal account.

The attitudes of youngsters to gambling are also covered in the Gambling Commission report with just over half of the 11-16’s agreeing that gambling is dangerous. Interestingly, only 14% agreed that it was fine for someone of their age to take part in gambling. Less than half the children said that someone in authority, such as a teacher or a parent, had ever discussed with them the problems that can arise from gambling.

Much attention has been paid in the media on the role that TV advertisements play in encouraging gambling, with commercials during sporting events coming under particular scrutiny. In this report, the commission found that 66% had seen gambling adverts on TV. This figure is higher than other avenues, with social media leading to exposure for 59% and websites providing adverts for 53%. Of this exposure to advertising, 7% said these adverts had directly led to them gambling.

The study found that 1.7% of 11-16 year olds are classified as ‘problem’ gamblers with a further 2.2% classified as ‘at risk’ and 32.5% described as non-problem gamblers. Boys are more likely to have an issue with problem gambling at 2% with girls almost 40% less likely at 1.3%.

You can read the report in full at the Gambling Commission’s website. 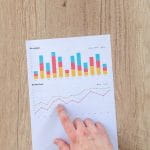