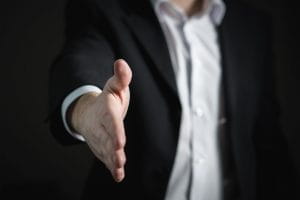 Football teams sponsored by 32Red will display safer gambling messages on shirts this season. The five phrases are unique to the individual clubs and are part of parent company Kindred Group’s responsible gambling initiative.

All the teams, except Rangers, play in the Championship, which is the 2nd tier of English football, 32Red has said when the clubs they sponsor play each other the responsible gaming message will be visible on their shirts. Ranger’s new-look shirt has already been used this season, making its debut earlier this month in the Old Firm clash which Rangers lost 0-2 to bitter rivals Celtic. Last weekend the shirts were used for the first time in England during Derby’s visit to Elland Road in a 1-1 draw with Leeds United.

Neil Banbury, Kindred Group UK general manager, said that the company was “delighted” with the campaign which builds on the work that the bookmaker had already been doing. Banbury highlighted the use of LED boards at the club’s stadiums which are being used to promote a responsible attitude to gambling to spectators. He also acknowledged that betting companies have a role to play in minimising risk, saying;

Gambling companies and the wider industry have an important role to play in tackling problem gambling. – Neil Banbury, Kindred Group.

Banbury said that he didn’t believe that removing gambling sponsorship from football would work, stating that such a move would be “irresponsible.” Instead, he said there were opportunities for sponsors to do much more and sponsorship offers a platform for “promoting healthier gambling behaviour”.

The online casino/sportsbook company’s strategy is to reinvent sponsorship to benefit local communities with 32Red expressing their desire to become “the sponsor of choice for sporting organisations”. The company recently agreed to a year-long investment programme in Derby, which in partnership with the Derby County Community Trust, will see five new Team Talk hubs in the city established. A mental health initiative, Team Talk encourages men to talk about their state of mind during weekly sessions. As suicide is the single biggest killer of men aged under 45 in the UK, the initiative hopes to bring mental health support services to hundreds of men in the area.

However, not all publicity has been good for the 32bet brand in recent months. When Derby County pulled off the surprise signing of England’s record goalscorer Wayne Rooney in August this year, the former Manchester United and Everton player took the squad number of 32. A decision that received a lot of criticism with one national newspaper accusing Rooney of “selling his soul”. As Rooney has had well-documented issues with gambling in the past, even figures in the industry slammed the move, GVC’s CEO Kenny Alexander describing the decision as “absolutely ridiculous” and claimed it was a “complete own goal”. This criticism was rejected by Kindred who said the deal had been “been misrepresented in the press” and denied it was a marketing ploy. 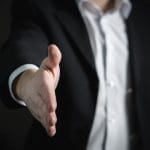