Will Federer make it number 9?

Federer has made a great start in his quest to re-claim the number one seed spot and improve his record of 8 Wimbledon titles. He trails his nearest rival Raphael Nadal by just 70 points and a victory at Wimbledon will see the 36-year-old re-claim top spot.

Federer has already cruised into the third round of the tournament after a routine win in the second round against Slovakia’s Lukas Lacko who is ranked number 73 in the world. He extended his Wimbledon winning streak to 26 successive sets with a magnificent 6-4, 6-4, 6-1 win. The most impressive performance from the match was the 48 winners he hit, plus, he did not face a single break point.

German Jan-Lennard Struff is the top seed’s next challenger in the third round. The 28-year old is ranked number 67 and had an impressive five-set performance in the second round beating Croatian veteran Ivo Karlovic.

Roger Federer is a twenty-time Grand Slam winner and a lot of his success in his illustrious career is due to the Swiss powerhouse perfecting the art of serving. In his match against Lacko, he won 93% of his first service points, dropping only nine points and scoring an impressive 16 aces in the match.

Although eventually outclassed, Lacko could have been a potential problem for Federer. He played well in the first two sets and showed the quality in play that saw Lacko reach the recent Eastbourne final in which he was beaten by the German Mischa Zverev.

In the women’s game, Simona Halep will be hoping to increase her ranking lead over already eliminated Caroline Wozniacki.

Simona Halep is the women’s world number one and has been in the top position on and off since October 2017. She recently won her first Grand Slam in the French Open and is full of confidence coming into Wimbledon.

The 26-year old Romanian will be looking to make a comeback from last year’s quarter-finals exit at the hands of Britain’s Johanna Konta.

Halep made a confident start at Wimbledon, beating Japan’s Kurumi Nara in two straight sets 6-2, 6-4 on centre court. In a classic performance she hit an outstanding 19 winners in a match that only lasted an hour and eighteen minutes. She extended her winning streak in major tournaments to eight wins in a row.

Halep recently lifted her maiden major title when she graced the courts on Roland Garros in a three-set thriller against the reigning United States Open Champion Sloane Stephens.

The world number one now has a second-round test today against Chinese Zheng Saisai who is currently ranked number 126 in court one.

Second seed Caroline Wozniacki fell at the hands of Ekaterina Makarova and becomes the first big name to have fallen in the second round at Wimbledon. But she certainly wasn’t the last with Sloane Stephens (4th seed), Elina Svitolina (5th seed), Carolina Garcia (6th seed) and Petra Kvitova (8th seed) all failing to progress. 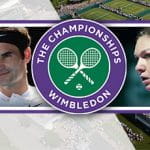 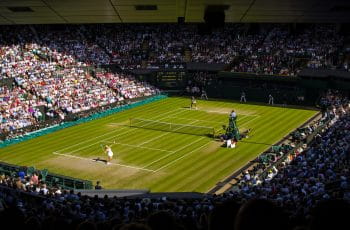