Wayne Rooney has been fined $25 (£19.62) with $91 (£71.43) costs after being arrested on 16th December for public intoxication. The arrest happened after Rooney arrived at Dulles International Airport after the 33-year-old returned from a short trip to Saudi Arabia.

England’s top goal scorer was arrested after being spoken to by police at the airport and was charged with a ‘Class 4’ misdemeanour which could have resulted in a maximum fine of $250. The Croxteth born player was released shortly after his arrest with no further action to be taken against him.

A spokesman for Rooney blamed the player’s behaviour on drinking alcohol while taking prescribed sleeping tablets which left the striker feeling confused and “disorientated”. The statement said:

During the flight Wayne took a prescribed amount of sleeping tablets mixed with some alcohol consumption and consequently was disorientated on arrival.– Statement, Spokesperson for Wayne Rooney

The statement confirmed that Rooney had received a statutory fine and that the matter had been fully and fairly dealt with. The issue is now considered over by both authorities and the player himself.

It is not the first time that the player has been in trouble with the authorities for an alcohol-related incident. In September 2017, Rooney was banned for driving for two years after pleading guilty to being almost three times over the limit. His club at the time, Everton, also hit Rooney with a two-week fine, believed to be in the region of £300,000.

Rooney’s current club DC United, whom Rooney joined in June last year, is not thought to be planning on taking any further action. The club said in a brief statement that they consider it a private matter for Rooney and said they will not comment any further on the matter.

Despite the relatively minor nature of the offence, Rooney’s arrest and the subsequent publicity is likely to damage the Rooney brand, especially in America. When Rooney joined DC United, the club was struggling at the bottom of the Eastern Conference, suffering seven losses, five draws and winning just two games. Rooney’s arrival prompted a turnaround of fortunes for the MLS team and a sequence of twelve wins, three draws and four losses took DC United into the playoffs. Rooney missed a penalty in the first round and DC United was eliminated, but his 12 goals in 20 appearances have made him a firm fan favourite.

The profile of Rooney was also enhanced stateside when the English Football Association invited the player to come out of international retirement to play in a friendly against the United States to earn his 120th cap. That match came almost two years after Rooney’s last appearance, which was a World Cup qualifier against Scotland in November 2016. 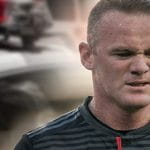