Tottenham Hotspur and the Wembley effect

There was much talk in pre-season of Tottenham Hotspur and the negative impact playing their home games at Wembley – the ‘Wembley effect’ – could have on their season. Last weekend, those critics touting the Wembley factor as a real and dangerous threat to Spurs’ title credentials were handed the ultimate justification, when, after finishing last season unbeaten at home at White Hart Lane, Spurs lost their first ‘home’ match of the 2017/18 campaign last weekend to rivals Chelsea.

In truth, Spurs controlled the match and were unlucky not to earn at least a draw, with a late Marcos Alonso strike slipping through the fingers of Hugo Lloris. Tottenham had 68% of possession, amassed 18 shots on goal, and had 14 corners. But such dominance would usually be rewarded with victory for a Spurs team that were unbeaten at home last season. For its proponents, Spurs losing a game they dominated will be proof enough of the Wembley factor. That it has come so early in the season is added justification and this will surely weigh heavy in the minds of Tottenham’s players, fans, and manager, although one game is not enough to prove the theory. 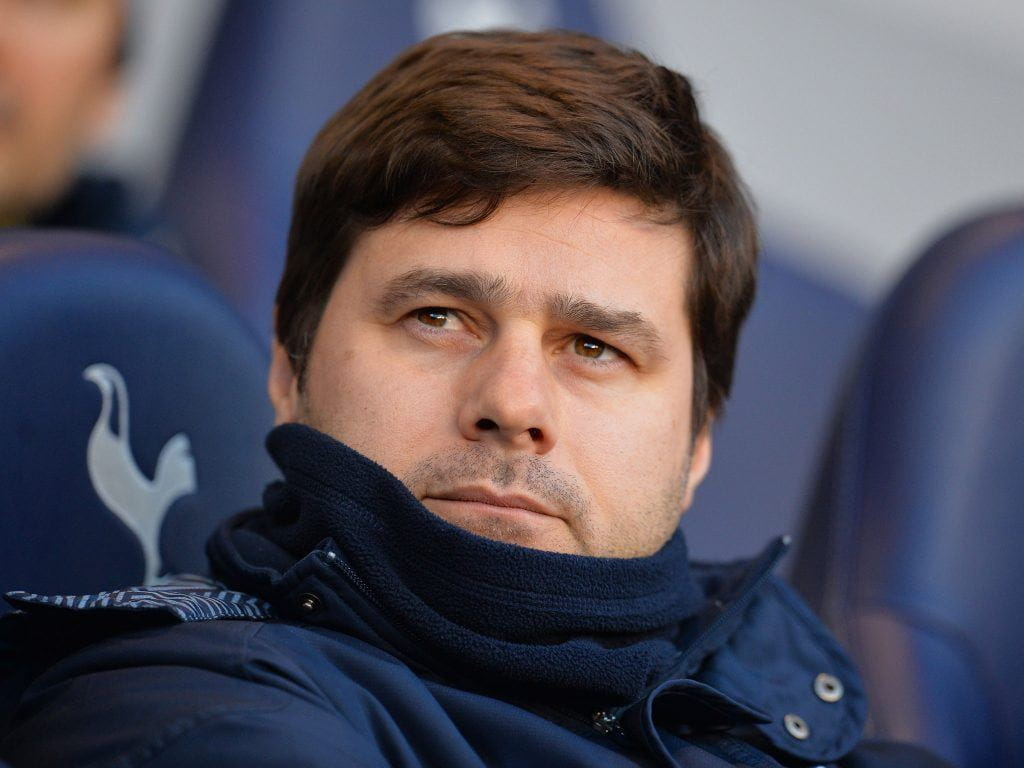 Pochettino expects that Wembley will not hinder Spurs’ chances this season. ©Independent

Nor is the Wembley effect a new phenomenon for Spurs. Building work began on White Hart Lane last season and continues throughout this year, meaning Tottenham will play all their home games this season at Wembley. In what was meant to be an adjustment phase before the club played all its home games at the stadium, Spurs used Wembley as the home of its Champions League fixtures during the 2016/17 season. Ultimately, they were unable to qualify for the knock out stages of the competition, finishing behind Monaco and Bayer Leverkusen. Both teams had managed to beat Spurs at Wembley, with a 0-1 loss against Leverkusen Spurs’ sixth consecutive loss on Wembley turf. Things didn’t improve after slipping into the Europa League, where Spurs could only manage a home draw against Gent after losing the away leg, which saw them make a shock exit from the competition.

Those performances were trepid and uncharacteristic of the team’s season as a whole. While the omens of Sunday’s loss loom overhead, the positive is that Tottenham can at least claim they performed well and were unlucky not to take anything away from the match, which is certainly not something they can claim about last season’s Wembley losses in Europe.

Why have Spurs struggled at Wembley?

Critics have provided numerous reasons for the struggles. The size of the pitch – Wembley being significantly larger than White Hart Lane – is often cited as a significant obstacle to the high intensity pressing football employed by Pochettino. White Hart Lane is the second smallest pitch in the Premier League and it appears a valid argument to say that the pitch at Wembley does not suit the team’s style of play.

With a much larger capacity, the players can hardly argue that they lack support in the stadium, while the two Champions League defeats attracted crowds of over 80,000. However, the atmosphere at Wembley is distinctly different than at the club’s home ground, lacking the up close and personal feel that allows fans to impose themselves as the twelfth man. A larger crowd doesn’t necessarily equal a better atmosphere and home advantage may be missing while the club plays its home games at Wembley.

I think the ‘Wembley effect’ is not the reason we lost the game. The team played really well. It’s not fair to blame again Wembley because, for me, Wembley is one of the best places in the world. One of the best places to play football.Mauricio Pochettino, Tottenham Hotspur Manager

In fact, it could be argued that the opposite is true; that Wembley lifts the spirits and performances of visiting teams who are inspired and motivated by the occasion of playing at one of the most famous football stadiums in the world. Inspiring visiting teams – and their supporters – is certainly not the effect your home stadium should be having. Chelsea manager Antonio Conte himself had a stark warning for Spurs after the match, claiming that Wembley will inspire opponents.

Is the Wembley factor real?

Looking back a little further shows that Spurs really have had a torrid time at Wembley, with just a single victory from their last 9 matches at the ground. That said, most of the games have hardly been a walk in the park. Champions League defeats to eventual semi-finalists Monaco and Bayer Leverkusen are forgivable in the fact that both are accomplished teams, while three defeats have been at the hands of Chelsea, and another to Manchester United. 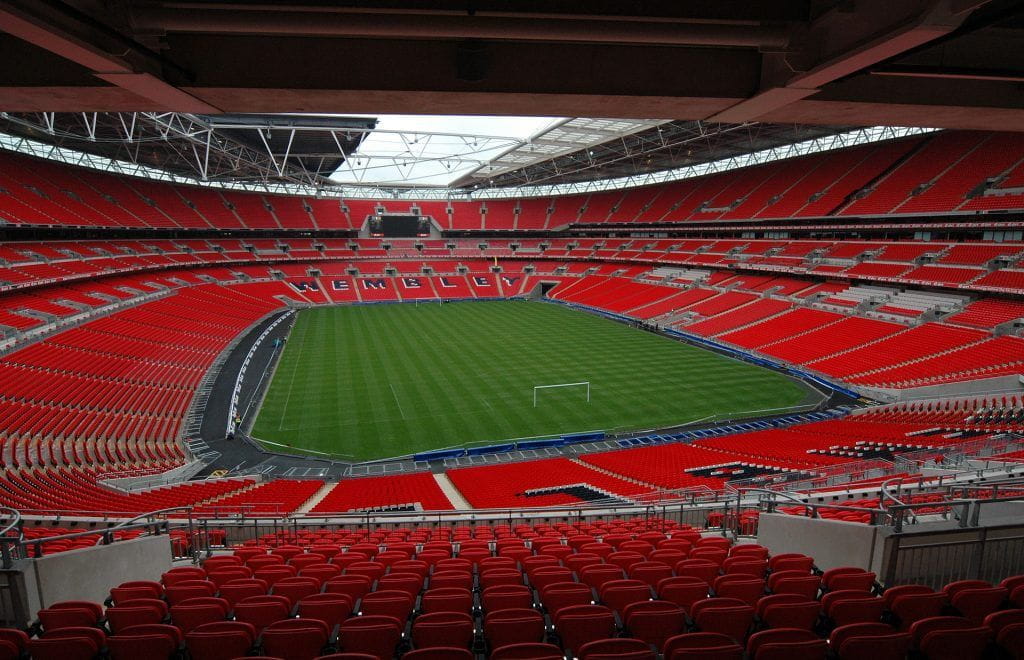 Will the Wembley curse be lifted off Spurs this season? ©Wikipedia

The Spurs of recent years is also a lot more solid than previous, as Mauricio Pochettino has elevated the team to genuine title contenders. With that in mind, it’s only fair to take last season’s European matches at Wembley into consideration. The aforementioned defeats to Monaco and Leverkusen are excusable, less so the performance and manner of defeat. On the other hand, Spurs could only muster a draw against Gent in the Europa League, which was not enough to stop them from crashing out of the competition. The contrast between their performances at Wembley and White Hart Lane was stark.

These results and the accompanying performances birthed the notion of Spurs and the Wembley effect. It’s still too early to accurately judge the factor and the effect it will have on the season, but the defeat to Chelsea has without doubt thrown fuel on the fire. Is this harsh on Spurs? Perhaps so. Tottenham dominated the match and on another day would have won it. Harry Kane hit the post, while Chelsea managed to score with both of their shots on target. Should they have won, beating last season’s champions would likely have relieved the pressure on the players and lifted the curse Wembley holds on the team.

As it stands however, Spurs lost and the rumours and theories persist. The performance was strong, which is something that was missing from last year’s Wembley appearances, but the result is what matters.

Spurs face Burnley at Wembley this weekend. The Clarets pulled off a surprise victory against Chelsea on the opening weekend of the season and will provide a stern test. Should Spurs overcome this test, then some of the pressure will be lifted and perhaps the team can start to do away with the Wembley curse. However, another loss will not only damage their title credentials but also start to raise doubts in the Tottenham camp that may impact performance and prove difficult to dispel throughout the season.

It’s safe to say that despite it being just the third match of the season, it’s a huge match for Spurs. In this way, although Tottenham might not see it as the optimal venue, the cup final feel of Sunday’s game makes Wembley the perfect arena. 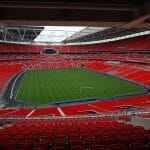