It was a home victory for Irelands Shane Lowry, who won his first major in front of a rainy Royal Portrush crowd. Winning The Open is a huge moment for any golfer, but to win your first major in front of a home crowd is the stuff of dreams. The crowd certainly threw their support behind their man in the final round, and his exceptional performances throughout the four days ensured a dominant six-shot victory, finishing on 15 under par.

The raucous scenes that overwhelmed the Open crowd on Sunday were fully endorsed by the home golfer. His form in the previous three days didn’t falter, and the distance between Lowry and the tailers only grew larger throughout the day. The 32-year-old began the celebrations early, as he had his arms aloft whilst walking through the swarms of adoring fans on the 18th fairway. “It was like an out-of-body experience” described the Open 2019 Champion.

There was a brief period of anxiety for the home support, as the Englishman Tommy Fleetwood looked to be closing in. Fleetwood who was shooting wonderfully on the final day finished on nine-under. But a double-bogey on the 14th hole ended all chances of a late upset, and effectively sealed the win for Lowry.

Was this the best Open Championship ever?

There was a sense of joy amongst all the fans that lined the 18th to congratulate the Irishman on his first major. With fans from all corners of the worlds demonstrating partisan support for the home golfer. It felt like a victory that was well earned, and deserved, especially when just over three years ago Lowry narrowly missed out on a US Open victory after starting that final day with a comfortable lead and eventually capitulating. But history was not going to repeat itself, and Lowry battled against nerves and the weather to ensure the home crowd had a day to remember.

The opening day of the Open and the mood was optimistic. This was the Open that many had tipped McIlroy to go after with perseverance and guile. But it wasn’t to be, and just 30 minutes into his tournament, the home favourite found himself 4 shots over par. It was a disastrous start and one that many could not believe. The crowd was bewildered and there was a sense of pity for Rory.

Despite the disappointing display from the Irish favourite, the crowd quickly forgave and looked past his demise thanks to the Championship performance of his fellow countryman Shane Lowry. Elsewhere across the field, there were many notable performances. The American golfers including Tony Finau and Brooks Koepka put in stellar performances, both finishing in the top five. 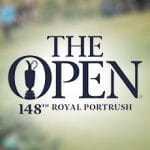