The Philadelphia Eagles won their first ever Super Bowl title by beating reigning champions the New England Patriots in a thrilling game held at the U.S. Bank Stadium, Minneapolis. The Eagles stunned the Patriots 41-33 to secure the most prestigious title in American football.

The 52nd American Super Bowl was one of the most eventful and exciting games and will long live in the memories of the supporters, especially supporters of the Philadelphia Eagles, who witnessed their team triumph in the Super Bowl for the first time in the club’s history.

Plenty of records were broken in a game that could have realistically gone either way. The Patriots became the first team in NFL history to put up more than 600 yards of offense play in a game and yet still go on to lose.

The Eagles defence unwittingly played their part in a high scoring game that defied the usual norms of a Super Bowl. The 33 points conceded by The Eagles was the highest number of points ever by a victorious side in the Super Bowl.

The Philadelphia Eagles have won the Super Bowl by beating last year’s winners the New England Patriots, 41-33 in a thrilling game.

A Topsy-turvy encounter until the end

A five-point lead was established for the Eagles when Zach Ertz scored a touchdown with less than three minutes on the clock. This seemingly handed the win to Philly but they still had their hearts in their mouths and it took a Brandon Graham sack on Tom Brady to put the game beyond the reigning champions.

There was still hope for the Patriots but victory was finally assured when a Hail Mary attempt came to nothing as the clock ticked down to zero and the Eagles had made history.

The Philadelphia Eagles’ fans will probably claim they deserve this success, being some of the most loyal fans in any sport with every home game featuring the Eagles being a sell-out since the 1999 season.

However, going into this game, even the most ardent Philly fan must have been at least slightly realistic about the chances of their team beating the reigning Super Bowl holders. The Patriots were seeking a third title in four years, and a sixth in 17 but were undermined by a team that refused to quit. The result was pretty tough on Patriots quarterback Tom Brady, who finished the game with 505 passing yards, which is a another record stat for a losing player.

There were fears immediately after the game that Tom Brady would quit the sport in which he has made eight Super Bowl appearances, five of which resulted in Super Bowl wins. In these games, he won four-time Super Bowl MVP, two-time NFL MVP and 13 Pro Bowls.

However, the player has quashed these rumours with the news that he intends to continue and with Brady, 40, having a contract for at least the next two seasons, we will hopefully see the veteran continue to ply his trade for a while longer.

For the British fans that had endured a very late night to witness the American sporting showcase, a highlight must have been the sight of British-born running back Jay Ajayi wrapping himself in the colours of the Union Jack after helping his team secure the win.

This nod to the country of his birth would have been a highlight to friends and family of the 24-four-year-old who was born in London but moved to Maryland in the United States when he was seven years old in 2000.

Ajayi’s contribution will give hope to NFL bosses who have long seen Britain as a future market for growth in American football. 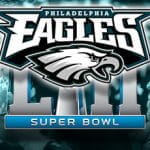 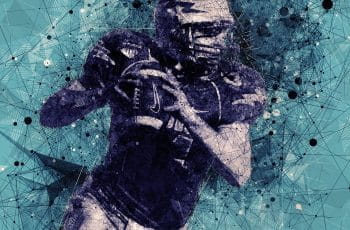 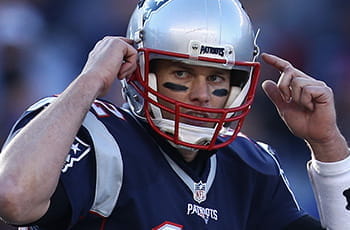