England’s Ben Stokes has been ruled out of the must-win second test game against Pakistan with a hamstring problem. This leads to a debut for 19-year-old left-arm seamer Sam Curran who plays for Surrey.

It can hardly be classed as ideal preparation for the vital clash against Pakistan to lose a player of the calibre of Ben Stokes. But failing a late fitness test has meant that the all-rounder was unable to take the field when play started at Headingley this morning.

Ben Stokes misses the second test through injury giving an opportunity to youngster Sam Curran. Could he make the difference for England as they look to avenge their first test humiliation at the hands of Pakistan?

Stokes was replaced by 19-year-old Sam Curran. Curran is the younger brother of Tom who also plays professionally for Surrey and the son of Zimbabwe ex-international Kevin Stokes who himself had a respectable career claiming 605 wickets in first-class cricket.

Sam, despite his young age, has already taken part in 38 first-class matches. His average of 27 with the bat is nothing spectacular but it will be his talents with the ball that England will hope to call on. In the 38 games, he has taken 104 wickets at the cost of just over 30 runs.

The shuffling of the England pack is unlikely to be viewed as a negative. England are on a dire run of form and currently are on a winless streak that has seen eight Tests without victory. They need to win in Leeds to claim the draw which will see them avoid a third consecutive series defeat.

The size of that task is apparent to anyone who witnessed the first series that Pakistan won by 9 wickets. In the first innings England fell for just 184 runs. Cook scoring 70 and reasonable efforts by Bairstow (27) and Stokes (38) were the only highlights in an innings dominated by Pakistani bowlers Abbas and Hasan who took 4 wickets apiece as they tore into England.

The Pakistani batters nearly ended the first series as a contest the first time at bat. Azhar (50), Babar (68), Shafiq (59) and Shadab (52) all hitting 50 and above to place Pakistan in a commanding position. They finished their first innings on 363-9.

The second innings England improved slightly with the bat but it was never enough to realistically challenge. Root hit 68 before being caught LBW, Butler was also the victim of an LBW call whilst on 67 and Bess fought gallantly to score 57 before being bowled by Amir.

Once again it was the bowlers of Pakistan that did the damage. At one point the wicket count was 6 with just 110 on the scoreboard. Abbas once again took 4 wickets with team mate Mohammad Amir also taking 4.

England need a reaction against Pakistan and the early signs are very promising for England fans. Early play at Headingley has seen Stuart Broad start the game in spectacular fashion, removing both the Pakistani openers for just 17 runs, is it too early to dream? 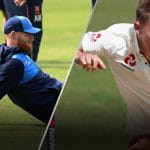 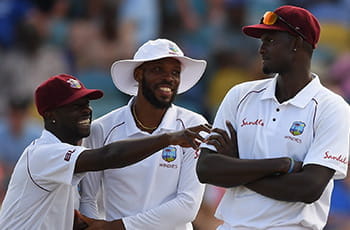