Mohamed Salah continues his fine form by scoring a goal against Uganda to maintain Egypt’s perfect start to the Africa Cup of Nations competition. With just one game remaining in the group stages for the four remaining groups, we see who could join the hosts in the knock-out stage.

Liverpool talisman Mohamed Salah scored in the 36th minute with a left-foot free-kick to help host nation Egypt to a hard-fought 2-0 win over Uganda. The Egyptians won all three of their group matches and will be many people’s choice to lift the trophy. Uganda also qualifies from Egypt’s Group A, which means 3rd placed DR Congo face an anxious wait to see if they progress.

The biggest surprise in this years’ competition is the performance of the Madagascar team in Group B. The debutants beat three-time champions Nigeria 2-0 to secure top spot after three games and secured the unlikeliest of qualifications. Madagascar are currently ranked 108th in the world but have shocked everyone by joining Nigeria in the knock-out round. Guinea finished the group with four points, two shy of Nigeria and three of Madagascar which does give them a shot at one of the best runners up positions.

Mo Salah has shown his class so far in the African Cup of Nations.

Interest in the Ivory Coast’s match against Morocco was high due to the speculation surrounding Wilfried Zaha. The Crystal Palace star is a reported £80 million transfer target for Arsenal. However, any Arsenal fans hoping to see the player in action were disappointed as Zaha was an unused substitute for the second game in a row. Without him, the Ivory Coast fell to a 23rd-minute goal scored by Morocco’s Youssef En-Nesyri. That result has made things tight in Group D as they tie with South Africa on 3 points. It isn’t quite panic stations just yet with four of the six 3rd place team qualifying for the first knock-out round. A win against Namibia will see the Ivory Coast progress.

Group C is tightly poised with Algeria sitting top of the group with two wins out of two. Algeria beat Senegal in a game that was billed as a battle of Riyad Mahrez, of Manchester City, and Senegal’s Liverpool forward Sadio Mane but both players had relatively quiet games. Senegal could still qualify but face a challenge from Kenya. Tanzania are bottom of the group, failing to win a point.

Both Group E and F are wide open with the same points tallies with both groups.

In group E, Mali lead the way on 4 points. Tunisia are second on two points, one of those they needed a Wahbi Khazri free-kick to salvage a point against surprise group leaders Mali. Tunisia play Mauritania (1 point) while Mali take on Angola (2 points) in the last Group E fixture.

In Group F, Holders Cameroon lead the way with 4 points. Benin are second with highly fancied Ghana level on 2 points. Guinea-Bissau sit bottom of the group with 1 point. As is the case with Group E, any of these teams could still qualify.

Group games finish on Tuesday with the Round of 16 starting on Friday evening. 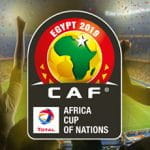